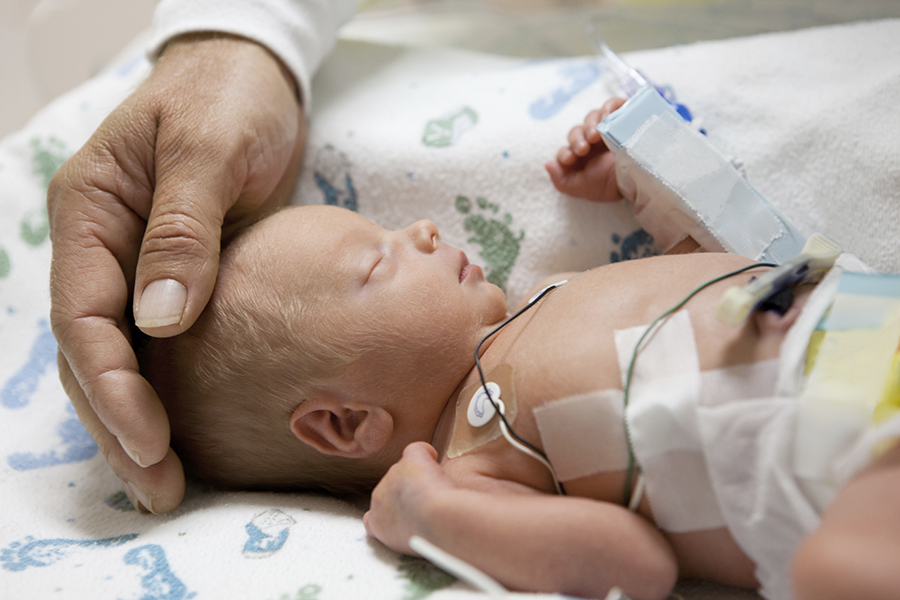 Our children are our future. Each new life brings into this world new possibility and new hope for a more amazing world, and as drug addiction has become so common in our nation it seems our future gets bleaker as more children are born into suffering and addiction.

Neonatal abstinence syndrome (NAS) is a group of problems that occur in a newborn who was exposed to addictive opiate drugs while in the mother’s womb. Such drugs include:

Today the incidences of NAS are rising at an unsettling rate, and the syndrome is becoming more common as scores of Americans become dependent on prescription painkillers and heroin in the face of the opiate epidemic.

Samantha Adams is a mother who was being treated for her heroin addiction with methadone, an opioid substitute, while she was pregnant. As a result her son Leopoldo was born addicted to methadone, and according to his mother it’s painful for her to watch her 10-day-old son going through what she herself had to experience in attempts to get off drugs.

Leopoldo is just one of case of an increasing number of infants born into the pain and suffering that is our country’s rising opioid crisis. Experts have noted this trend has remained on an incline since opioid addiction has increase rapidly over the past decade.

One of the greatest tragedies of the opiate epidemic is that opioid-dependent babies suffer severely from their first moments of life, experiencing signs such as:

The newborn babies must typically be kept in a dark, quiet NICU since they are highly sensitive to noise and light. These babies then have to be treated with a declining dose of morphine to ease their withdrawals as if they themselves were trying to kick the habit, proving opiate addiction and the struggle to get clean can be an inherited illness.

The catch is that pregnant mothers who are trying to get off opiates don’t have too many options. If they try to quit ‘cold turkey’ it can actually put unborn babies at risk, so supervised treatment is essential to the unborn child’s health.

The Danger in the Data

According to a new study from Vanderbilt University published in the Journal of Perinatology, the rate of babies born dependent on opioids as steady risen over a few short years, such as:

That doesn’t even cover the past 3 years, which has seen a devastating increase in opiate addiction and an astounding outbreak of overdose death in our country. The statistics for children born during this time frame is too terrifying to think about. Further information has shown:

Rates of NAS are highest in the Midwest. In Kentucky:

That is a 50-fold rise from the only 28 cases of NAS they saw in 2000! Other data on the destruction of the opiate epidemic has painted a horrific picture.

Pregnant patients are definitely included in the steep rise in painkiller prescriptions researchers say, which drives up NAS rates. A study by Stephen Patrick, assistant professor at Vanderbilt, found:

The problem costs the U.S. billions in healthcare resources, but regardless of the dollar signs tethered to the issue the huge deficiencies in drug treatment for pregnant women only add to the issue. Of the 11,000 treatment facilities listed by the U.S. Substance Abuse and Mental Health Services Administration, less than 2,000 include services for pregnant women, making this extension of the opiate problem seem a lot more daunting of a task.

It is truly baffling and heartbreaking to see how many pregnant mothers have had to struggle with opiate addiction and getting clean, only to watch their own infant children have to bare the same burden. More must be done in the face of this issue to support mothers and help them bring happier and healthier children into this world, so that they may mold a greater future.

Substance abuse impacts way more people than just the addict or alcoholic themselves. It also has the capacity to hurt their families, their friends and especially their children. If you or someone you love is struggling with substance abuse or addiction, please call toll-free 1-800-777-9588