The Effects of Drinking While Pregnant 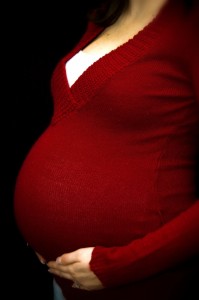 The nine months of a pregnancy can feel like an eternity. Backaches, frequent urination and persistent nausea can make a woman feel just miserable, and she may struggle to find a comfortable sleeping position when her body is swollen and puffy. For women with a history of alcohol use, a soothing sip might seem like just the ticket to comfort and ease. The sedation an alcoholic drink can cause could make sleep come just a little bit quicker, and the euphoria associated with alcohol could make a women feel a little better about her body and her future. Unfortunately, women who drink are also forcing their unborn babies to drink, and that alcohol can cross the placenta from mother to child. A developing baby just doesn’t have the ability to filter the alcohol out of a drink, and the damage done could be permanent.

When a baby is exposed to alcohol inside the womb, a variety of birth defects can take place. These problems are collectively known as fetal alcohol spectrum disorders (FSAD), and about 40,000 babies are born with these issues within the United States each year, the American Pregnancy Association reports. The amount of alcohol a woman consumes during her pregnancy, and the times at which she consumes that alcohol, determine how serious the problems in her baby might be. Even at the mild end of the spectrum, however, the problems are serious and they can last a lifetime.

Behavioral changes associated with alcohol exposure include difficulties with:

Babies born with this syndrome may seem extraordinarily fussy and difficult to soothe. They may struggle to latch and feed, and they may also resist a parent’s attempt to cuddle them and soothe them with physical affection. These problems can be quite frustrating for a parent, but they also don’t tend to disappear with time. Babies like this may grow into teenagers who struggle in school, lash out at authority figures, develop depression and engage in dangerous behaviors at an early age. These children may need intensive therapy, so they can learn how to behave appropriately when in the company of others. Women who try to mother children like this may also see their alcoholism deepen, as they may feel inadequate to the challenge of raising a difficult child. Both the mother and the child can struggle in these difficult cases.

While the behavioral problems associated with alcohol exposure might be difficult for parents to deal with, mothers who drink heavily during pregnancy may give birth to babies who have fetal alcohol syndrome (FAS), and these babies may have severe mental health issues as well as physical defects. The U.S. Centers for Disease Control and Prevention (CDC) reports that about 0.5 to 2 babies per 1,000 births have FAS, and once again, it’s a condition that persists throughout the child’s life.

Babies born with FAS may have distinctive facial deformities, including:

These babies may also have heart defects, vision difficulties, slow growth, deformed joints and hearing problems. They may also have a reduced mental capacity, struggling with learning and intellect. These children might also need intensive counseling in order to function well within society, and they might also need medical interventions to help them deal with the problems the alcohol exposure has caused. The guilt a mother can feel here can be tremendous, and once again, that could push her back into drinking. 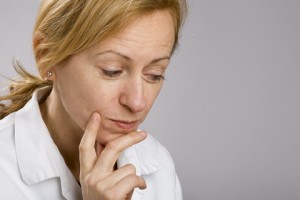 While giving birth to a child with significant alcohol-related defects can be difficult, some women aren’t even allowed to see their pregnancies through to completion, due to their alcohol use and abuse. While the studies done on this subject aren’t quite conclusive, as pregnancies can end for all sorts of reasons, the National Institute on Alcohol Abuse and Alcoholism (NIAAA) reports that alcohol use during pregnancy could lead to an increase in miscarriage or stillbirth. Some women go into labor much too early due to their alcohol use, and their babies may be forced to go through long stays in the hospital after the birth, and they may not get through that stay feeling happy and healthy. It’s a difficult problem, and women who lose a baby in this way may feel such tremendous amounts of guilt and despair about the issue that they drink to excess just to forget.

No Safe Amount, No Safe Time 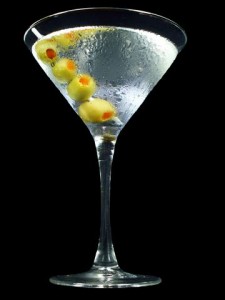 Some patterns of drinking are more closely associated with significant amounts of damage. For example, the NIAAA reports that drinking four or more alcoholic beverages in one sitting or drinking a significant amount of alcohol on a regular basis puts babies at the greatest risk of developing a significant mental or physical problem. It’s also likely that drinking alcohol very early in the pregnancy process could lead to higher amounts of problems, as this is the time when a baby’s vital organs are under the highest level of development, and when a baby is the least likely to process the alcohol that enters his/her body. However, even moderate amounts of alcohol taken late in the pregnancy could do significant damage to a baby, and those problems could persist throughout a child’s life.

Since alcohol can be so deadly to a baby, most experts recommend that pregnant women don’t drink any alcohol at all. And since the CDC reports that half of the pregnancies in the United States are unplanned, women who are planning to get pregnant should also drink no alcohol at all. Women who drink may be exposing their babies to a significant amount of alcohol, long before these women are even aware that a baby exists. By stopping the alcohol abuse before the pregnancy takes hold, these women could help to keep their unborn babies safe.

While it’s ideal for women to stop drinking, some women simply find it hard to do so. Alcohol is a very powerful drug that can cause profound changes in the way the brain works, and the way the body reacts. As a result, women who stop drinking may feel terribly sick, and they may feel as though drinking is the only way to make the misery stop. Also, alcohol can seem like a panacea for mental illnesses, and women who stop drinking might be forced to deal with very real symptoms that they’ve been suppressing for years. Without help, these symptoms could push a woman right back into drinking, even though that alcohol could be deadly for her baby.

Women who drink can get better, and they can give birth to healthy and happy babies. They just may need help for their alcoholism. In a treatment program, women can learn more about why they drink, and they can come up with new solutions they can use to soothe their minds and lighten their burdens, rather than leaning on alcohol. Through therapy, support groups, and a significant amount of caring and understanding, women can heal. This is the kind of help we provide at The Orchid.

We focus on helping women, and we use a community approach that can allow women to support one another and learn from one another. We’ve helped many clients to deal with alcohol problems, and we’ve helped these women learn how to be competent caretakers for their children, all while providing them with the support and understanding they need. Please call us to find out more about our innovative approach. We can even schedule an intake appointment for you, right over the phone.