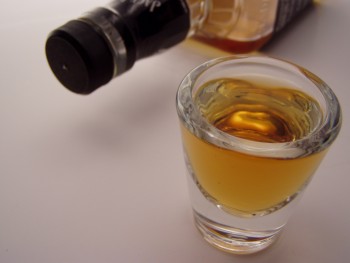 Treatments provided for alcohol abuse often reflect the underlying opinions about addiction from the culture at large. In the 1920s and 1930s, for example, it was generally accepted that people who drank did so because they had a low sense of morals and they couldn’t stop themselves from drinking. In an article published in 1930 in the New England Journal of Medicine, for example, the author writes, “This type of drinker, once he has tasted alcohol, does not stop until he has been forcibly restrained or until his prolonged excesses have temporarily exhausted him.” Much has changed since then. Now, few experts would forcibly restrain their addicted patients, and few would judge them for their troubles. These sorts of techniques simply are no longer considered either effective or humane. There is more work to be done, however, before everyone can benefit from the alcohol rehab reform movement. Women, for example might need to move closer to the fold in order to get the help they need in order to recover.

As mentioned, early treatment programs for addiction were often based on a punishment model. Addicted people were placed in cells that were reminiscent of jail cells, and they worked through their withdrawal symptoms on their own, until they were released and told not to drink again. This was rarely effective, and it’s no wonder that the model quickly went out of style. Soon, the treatments moved from punishment and blame to pleading for help from a “higher power,” mainly due to the influence of Alcoholics Anonymous. Instead of thinking of addiction as a moral failing, addicts were asked to rely on a higher power in order to recover from the problems they faced. They were given ongoing help, through meetings and community, rather than sweating away their troubles in jail. Later, addiction programs also began incorporating psychotherapy, attempting to encourage people to look to their past traumas and learn how to deal with stress and disappointment without leaning on substances of abuse.

In most cases, these changes came about due to an extensive amount of research and study. For example, according to an article published in the journal Alcohol Research and Health, Alcoholics Anonymous was studied multiple times between the 1940s and the 1980s, although these studies mainly focused on how the meetings were structured and how the groups worked, not on how effective participation really was. When psychotherapy began moving into prominence, it was also studied, so researchers could ensure that this program worked. In the age of insurance coverage, when programs are often not covered unless their usefulness can be “proven,” these studies have become more and more important, and studies on various addiction treatments are conducted almost every day.

Unfortunately, many of these studies have focused on the opinions and needs of addicted people who are male. In one such study, published in the journal Addiction, women represented only 27 percent of the study sample. Many studies list no male/female breakdown at all, unless researchers dig into the footnotes to read about the characteristics of those studies. It could be, as a result, that many addiction programs provide help that would be beneficial for men, as proven by studies, and not so helpful for women. If women are not studied, or are only studied in small numbers, the therapies provided might not be tailored to meet their needs.

Women tend to come to addiction via different histories and mechanisms than men. For one thing, women suffer emotional and physical abuse in far greater proportion than men do. In one study, published in the journal Child Abuse and Neglect, a whopping 27 percent of women reported sexual abuse, compared to only 16 percent of men.

Being attacked, and living through the ordeal, can leave behind deep scars that can lead to an addiction. Women might turn to alcohol to numb the pain, or they might use drugs to allow them to forget what has occurred. If these women were to enter treatment programs for addiction that did not address their prior trauma, it’s likely that they would simply return to addiction, as their wounds would not have healed in a satisfactory manner. Since the underlying trauma remains, and the pain of that trauma remains active, the urge to use drugs would still similarly be active and available, calling to the women to use once more.

Women might also deal with issues of shame to a greater degree than men do. In a study in the Journal of Substance Abuse Treatment, researchers found that women in recovery from addiction were likely to provide high scores on shame and depression scales, while men reported high scores in tests of detachment. Men withdrew emotionally, but women blamed themselves. Treatment programs that don’t address this vital difference might, once again, be destined to fail. Women might be too ashamed to even enter treatment, and if they did, they might be too ashamed to speak freely and be honest about what had happened and how they felt about it. As a result, they might hide important details and their healing might be less than complete.

Alcohol rehab programs designed specifically for women work hard to address these deficits and provide women with care that’s appropriate to meet their needs. These programs might provide psychotherapies that can address:

These programs might also tailor their approaches to help address the specific ways in which women communicate. For example, Dr. Karen Dodge an author of several books on women’s addiction, suggests that women tend to heal more rapidly in environments in which they feel affirmed and supported. In her studies, she has found compelling evidence to suggest that professional environments that encourage “relational growth,” an empowering, substantive version of trust and sharing, often produce far better results than those that offer more typical private approaches. It’s an idea that has been borne out in studies conducted by others. For example, researchers writing in the Journal of American College Health suggest that women begin drinking in college, in part, to numb the pain they feel from relationships that do not work. Drinking becomes a social, accepting activity. If this is true, addiction programs that provide the same environment might easily reach these women and help them to back out of the addiction cycles in which they have placed themselves. If the environment is supportive, and the women feel as though speaking out is both safe and encouraged, they might be more willing to open up and allow true healing to take place.

Creating these environments means asking women to spend large amounts of time in group therapy, working with other addicted women. This allows women to form tight bonds with women who seem like them, and who might be able to provide them with the acceptance and friendship that they crave. Similarly, some programs use narrative approaches, allowing women to share their stories and speak freely about issues they have faced. This narrative approach might also be helpful for women. Where standard addiction programs might sequester men in one-on-one therapy sessions with a counselor who teaches and leads, women’s programs might rely on community, openness and acceptance, allowing the women to both learn and teach. The difference can be profound. 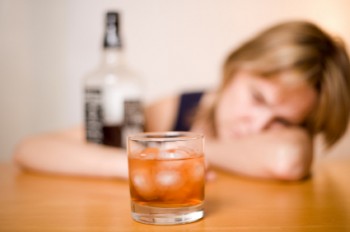 Women who are parents might have additional lessons that they need to learn. For example, a study in the journal Archives of Psychiatric Nursing found that in order to recover from an addiction, pregnant and parenting women needed to become:

These are four very different quadrants in a person’s life, and working on all of these areas at once might seem incredibly difficult. Programs that provide targeted help for addicted women who are pregnant, or who are already parents, might assist by providing parenting classes, relationship counseling, housing assistance and more, in addition to the standard addiction treatments the women might expect. These programs might help addicted women to emerge with their addictions under control, and with the knowledge and skills they’ll need in order to effectively raise their children and maintain good relationships with the fathers of their children. It can be transformative help for these women.

Pregnant women might also need help in order to stay healthy enough to deliver healthy babies. For many women, this involves catching up on missed prenatal care appointments, as well as gaining weight and keeping illicit drugs out of the body. It’s hard work, but the results can be well worth the effort. Helping these women to improve might also help to improve the lives, and the health, of the babies that these women carry and raise. In one study, for example, researchers found that pregnant women who were provided with extensive woman-focused addiction care during pregnancy benefitted in a variety of ways. They had fewer positive screenings for illegal drugs, they attended three times as many prenatal care visits and they delivered heavier babies, when compared to women who received treatment as usual. Clearly, this woman-focused care can be quite helpful, both for the pregnant woman and for the unborn child she is responsible for. 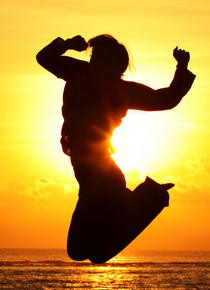 Here at The Orchid Recovery Center, we have designed everything in our program with an eye toward insights on how women heal. Our clients spend lots of time in group therapy with fellow women, building intensive bonds and benefiting from compassionate, narrative therapeutic approaches. Powerful inter-reliance is encouraged among the members as each woman gains strength and guidance from the struggles of others, and professional therapists round out the program with seamless individual care.

That said, the program is about far more than talking. With beautiful grounds and a dazzling view, The Orchid takes care to integrate the best of holistic healing techniques as well. Your days revolve around peaceful restorative activities such as yoga, breathing exercises, acupuncture and a healthful diet.

A sanctuary with a mission, The Orchid offers life tools and lectures to take with you as your journey continues after recovery.

If you have been yearning for addiction treatment that truly suits your needs as a woman, you may find tremendous benefit in this approach. Do not hesitate to look around the site if you want to learn more about the diverse suite of approaches, therapies, and professionals we make available on a daily basis. When you are ready to make contact, call us toll free at 1-888-672-4435.