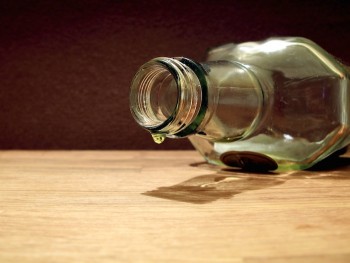 As it is most widely understood, Prohibition refers to the period of time in the United States when it was illegal to buy, sell, consume, manufacture, and transport alcoholic beverages.The age of Prohibition officially began on January 16, 1920, when the National Prohibition Act, also known as the Volstead Act, took effect as the 18th Amendment to the US Constitution.President Woodrow Wilson had vetoed the act the previous October but overwhelming congressional support for the bill brought enough votes to overrule the president’s veto.

At it’s outset, Prohibition, or The Noble Experiment, as it was sometimes called, was embraced in some parts of the country but largely ignored in others.Congressional measures that led to its passing never considered the costs or exhaustive efforts required of enforcement so it was almost impossible to enforce uniformly, especially in those areas where the general population was opposed to it.

As the Great Depression swept the nation, Prohibition fell out of favor with an even larger portion of the population and diminishing federal tax revenues made enforcement more questionable than ever.On March 23, 1933, President Franklin Roosevelt signed the Cullen-Harrison Act, repealing the 18th Amendment.Upon signing the act, which became the 21st Amendment to the US Constitution, President Roosevelt remarked that it was a good time to have a beer.

The Cullen-Harrison Act allowed the nationwide manufacture and sale of a beer, commonly called 3.2 beer, and light wines nationwide but it also called upon the voters of each state to choose whether to maintain Prohibition or repeal the 18th Amendment within state borders.States adopting the Cullen-Harrison Act became known as wet states while those maintaining Volstead became dry states. Any beverage containing more than 0.5% alcohol was an intoxicating beverage, as defined in the Volstead Act.Cullen-Harrison raised that level to 3.2%, thus 3.2 beer, which contained about 4% alcohol by volume.

Without the vigorous support of the Anti-Saloon League, Prohibition might not have come into law.The Woman’s Christian Temperance Union and the Prohibition Party were grassroots organizations that initiated the move toward Prohibition during the previous century but, by 1895, the Anti-Saloon League had grown in power to be the strongest influence in Washington.Founded in Ohio as a statewide lobby, popularity grew as the league focused on legislation and American votes in support of that legislation.The previous anti-alcohol societies were less concerned about votes and more concerned about who was drinking.

Personal acceptance of the Prohibition act was not uniform across the country and Prohibition was hardly evident in some areas.The drinking continued but lack of access to a ready source of alcoholic beverages brought some changes to society that were less desirable than the drinking itself. Alcohol became a black market commodity, often controlled by mafia gangs that, before Prohibition, had limited their operations to mostly theft and gambling.Bootlegging, smuggling, and racketeering, and the violence they involved, are some aspects of organized crime that increased dramatically after 1920. The notorious American gangster, Al Capone, gained fame and fortune during Prohibition, controlling a crime syndicate that stretched from Canada to the Caribbean Sea.Capone himself claimed control of all the 10,000 speakeasies thought to exist in Chicago, his base of operations, but his empire was far larger and more complex than just the speakeasies in one city.

The fledgling American wine industry lost momentum with the Volstead Act, causing many winemakers to leave the country for work in countries where their craft was still legal.Homemade wine was allowed but only inferior grapes were available and household production was limited to just 200 gallons per year. Once alcohol became illegal, there were no more taxes collected on its sale, although sales continued clandestinely.Federal revenues on alcohol sales, estimated at $500 million per year, were lost during the years of Prohibition, a deficit that had far-reaching effects.

During the age of Prohibition, the American speakeasy was born.A speakeasy was an establishment that sold bootlegged alcohol to the general public.Most speakeasies also sold food, provided live entertainment and dancing, and were frequented by members at the highest levels of society. Although alcohol was obviously sold in these clubs, bartenders urged their patrons to ‘speak easy’ when ordering alcoholic beverages so as not to call undue attention to illegal activities.No official records were ever kept but it is thought that, by 1925, there were as many as 100,000 speakeasy establishments in New York City alone.

Perhaps the single most influential factor in ending Prohibition came from the Great Depression.The general attitude of the American populace during this time of extreme economic hardship, left no room for government controlled alcohol rehabilitation. Alcohol treatment centers had not yet become acceptable, so the sick were relegated to hospitals and sanitariums. Disapproval of the violence and criminal elements associated with Prohibition, and the shrinking coffers of state and federal governments made Prohibition an experiment that could not be sustained. Industrialist John D. Rockefeller, Jr., described how the introduction of Prohibition had increased public drinking, created an army of criminals, diminished respect for the law in general, and turned some of the nation’s best citizens into lawbreakers, in a letter he wrote in 1932.