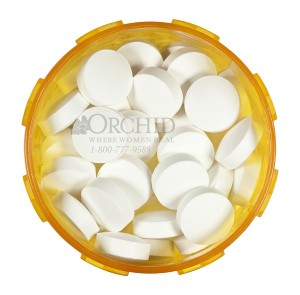 You might ask why I say prescription painkillers are Public Enemy Number 1, but the answer may be a little more than you expected. If you really need a reason, let’s just say that according to recent research, opioid overdoses are a leading cause of death in the United States!

By that count, over any other circumstance of the deaths of American people, prescription painkillers are the spear-head of self-destruction in our society. That is more than cigarettes, alcohol, any other on that list. And heroin in a close second to the opioids that are actually passed out at pharmacies!

A recent national study of hospital emergency department visits for opioid overdoses published online by JAMA Internal Medicine, 67.8% of the overdoses had prescription opioids (including methadone) involved. This number was followed closely by heroin overdoses, and other unspecified opioids and multiple opioids.

The study analyzed 2010 data from the Nationwide Emergency Department Sample and was adjusted to generate national estimates. Opioid drugs including:

These were the medications prescribed by doctors that are credited as the cause of the estimated 92,200 hospital visits, which is more than 5 times the number of deaths involving opioid painkillers in 2010.

Researchers found that out of all recorded emergency room visits that were a result of a drug overdose:

While even fewer than 2% of overdoses treated in emergency rooms were fatal.

Overdoses that resulted in emergency room visits and hospitalization lead to the average cost of care for overdose victims, whether they were released or admitted to the hospital, to be estimated at around $1.4 billion in 2010.

Those Most at Risk

The study showed that some people were at higher risk for drug overdoses, including people suffering from other health problems including:

Because of these problems, clinicians should be more aware of the risks when they prescribe opioid painkillers for someone with one of these conditions, according to Michael Yokell, a Stanford University medical student and one of the researchers. He also said clinicians should consider possible alternatives to treatment for such patients, and discuss the risk of overdose if it is absolutely necessary to prescribe these medications.

Deaths as a result of prescription painkillers quadrupled between 1999 and 2011. Raising from 4,263 deaths in 1999 to 17,000 2011. This skyrocketed rate came in conjunction with the rising number of prescriptions being distributed for opioid medications such as Oxycontin and Vicodin.

Doctors in the United States write more than 259 million prescriptions for painkillers annually, and the prescription drug epidemic was announced by the Centers for Disease Control and Prevention in 2011. That epidemic has driven drug overdose to become the leading cause of injury death in the nation. Again, that means opiates in America are causing more deaths than even car accidents!

The overall death rate did reach as low as 1.4%, but that is only once patients arrived in the emergency care, which some suggest supports increased use of emergency services for overdoses. This projection is based off of the pattern of how these overdoses have evolved in the past few years, and the direct effect on the medical community.

What about those that do not see an emergency room? All these statistics and averages add up to one very big problem, that people all over America are suffering from the grips of dangerous drugs that are taking lives at record rates, and many people who begin with painkillers move on to heroin, that is if they survive the grips of prescription opiates, seeing as how they account for the greater number of deaths.

So while people shake their heads at heroin, they still see these poisonous pills as acceptable because they come from a physician. The stigma still suggests that heroin is ‘so much worse’, but is it really? Or is it just that it is more social acceptable to take pills these days than face the true problem. If you or someone you love is struggling with substance abuse or addiction, please call toll-free 1-800-951-6135