Nitros Oxide Abuse on the Rise 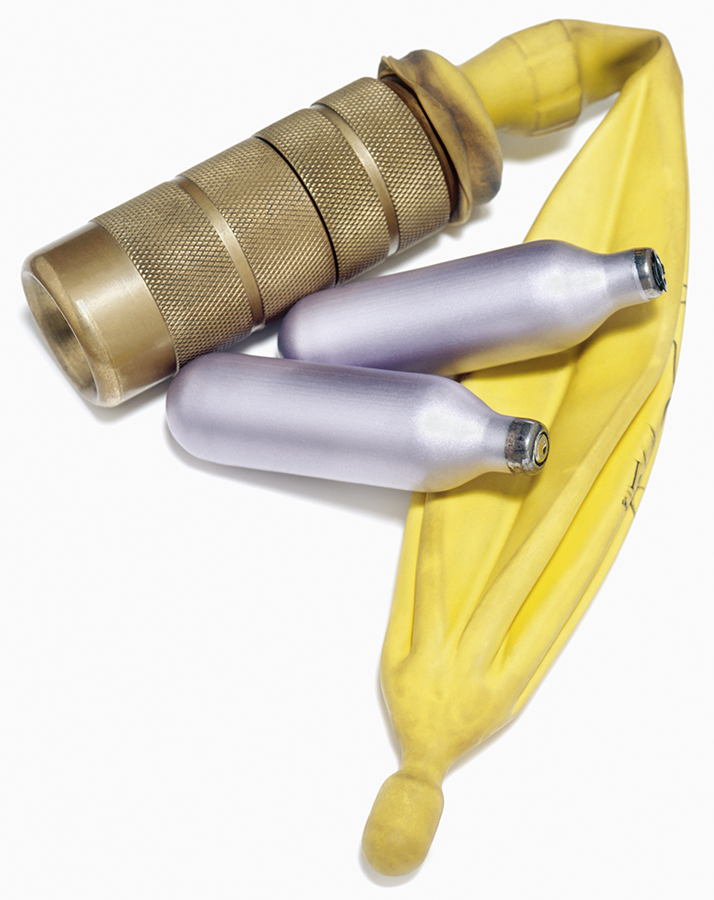 Nitrous oxide is a chemical compound commonly used in surgery and dentistry for its anesthetic and analgesic effects. It has earned the alias of “laughing gas” due to the euphoric effects often created through inhaling it, and thanks to that reputation it has managed to make its way into the world of recreational drug use and substance abuse as a dissociative anesthetic.

When abusing Nitros oxide, users typically use a balloon or bag to huff large quantities of the gas, inhaling it through the mouth or nose.

OR there is the term “whippets” that refers to Nitrous oxide found in small metal canisters used in refillable whipped cream cans, and people huff these gases out as well.

Although the high produced by inhalants usually lasts just a few minutes, abusers often try to prolong it by continuing to inhale repeatedly over several hours.

While this may seem like a minor concern compared to other illicit narcotics like heroin, it has surprisingly developed into a pretty popular way people are trying to catch a buzz. A new survey has recently revealed what drugs are being huffed, snorted, injected and swallowed across the world, and Nitros Oxide made the cut.

Place in the Polls

Results of the study were based on the drug use of 100,000 people from 50 countries. That is a tall order to keep, trying to make sure you can keep track of it when all those people misbehave, but they managed to collect the data.

Marijuana continues to hold the throne for the most popular recreational drug in the world, which doesn’t come as a surprise considering that several states all across the United States are working toward legalization and reform.

MDMA came in a close second according to the UK’s annual Global Drugs Survey.

apparently the survey also revealed in a shocking twist of events that the rising use of nitrous oxide now puts its place in the polls at the 7th most popular drug.

The survey wasn’t just out to get the information either. It was also put topgether to inform drug users about their substance use in a way that aims to reduce the harms associated with drug use, so in a way the survey is trying to kill two birds with one stone.

The big surprise here is just that Nitros oxide, which is typically viewed as a fairly harmless drug, has found itself being compared to ketamine and cocaine. Police has reported to have confiscated quite a bit of what could be considered paraphernalia in this context, and more and more people who use Nitros to get high are reporting a concern of health risk.

All-in-all it just seems like a bad idea to fill your lounges with laughing gas for any recreational reason.

Despite Nitros oxide being used legally for years it can be dangerous when used heavily, and some data suggests that it may cause nerve damage.

Currently government agencies across the globe are attempting to crack down on these so-called “legal highs” and synthetic drugs, and laughing gas might be next. Many believe we should avoid banning the substance itself and actually educate citizens and especially teens on the dangers of this substance, all while creating stricter regulations.

So is Nitros oxide safe to have on the streets? And what other health risks can be associated with Nitros abuse?

Drug abuse is dangerous, and a drug is a drug regardless of how it may be used for medical reasons. Not all addictions are exactly the same, but they all typically inflict the same damage on an addict and their loved ones. If you or someone you love is struggling with substance abuse or addiction, please call toll-free 1-800-777-9588