The Trouble with Analogue Laws and Synthetic Drugs 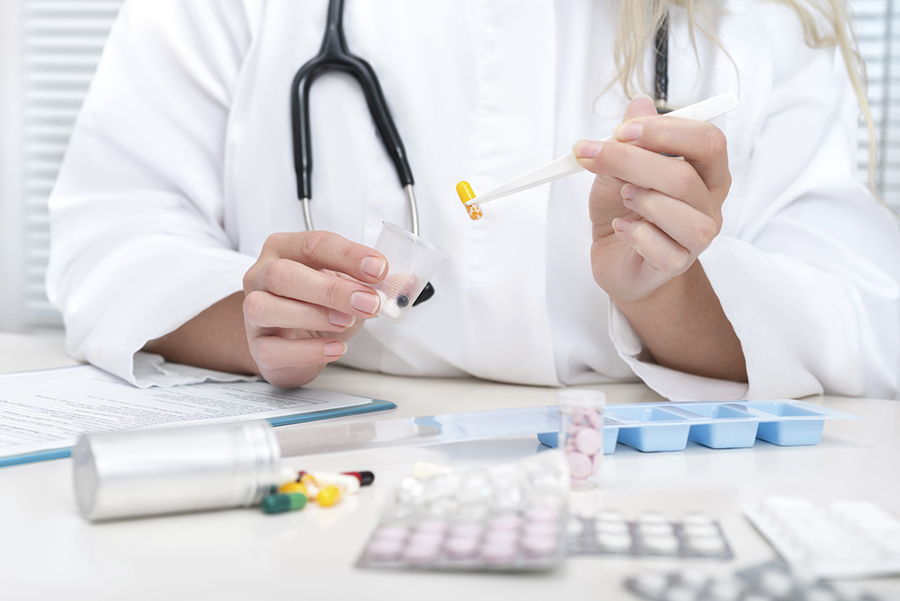 Synthetic drugs are nothing new, although there are some new ones that have gotten a lot of the public’s attention due to shocking news reports and health effects. So what is the deal with those analogue laws that makes the “designer” (synthetic) drug problem so complicated?

Congress passed the Controlled Substance Analogue Enforcement Act back in 1986, and this law was intended for designer drugs that were close enough to illegal compounds to get someone intoxicated, but different enough to escape prohibition.

Now at 3 decades later, the government is still scrambling to keep up with the underground market of these creative chemical concoctions. But it seems that each time that authorities are able to track down and ban one psychoactive substance the producers have substitutes already on the market. They change the recipe, the label and the name so to avoid detection or prosecution.

The analogue drug act can be used relating to compounds sold for human consumption that are “substantially similar” to forbidden substances in chemical structure and actual or intended effects. So if someone makes a substance that they sell for people to ingest and get the effects of LSD, because it is mimicking an illegal drug it is banned by law. The law says such “controlled substance analogues” should be treated like the drugs they resemble, so this hypothetical substance would be treated like it were LSD and the suspect would be charged accordingly.

Now there have been several reported incidences where individuals have lost their lives due to these toxic and dangerous mixtures that are put out as legal and safe alternatives. This is why the analogue drug act was created, as a weapon against this kind of shady marketing.

This past Tuesday the Supreme Court heard a case that gave another example as to why the analog drug law failed due to the fact it tried to do the impossible and ban chemicals based on a criteria vague enough to cover unknown substances yet specific enough to give fair notice of which actions would lead to prosecution.

The case involves Stephen McFadden, a entrepreneur from Staten Island who was indicted in 2012 for supplying synthetic stimulants to retailers who sold them as “bath salts.” The defendant had avoided using chemicals that were specifically listed as controlled substances. He used the stimulants such as:

These chemicals were not explicitly banned by federal law when he sold them, but nevertheless McFadden was convicted and sentenced to 33 months in prison under the analogue drug act.

Now there are some problems with the analogue drug act, like:

“A substance’s legal status as a controlled substance analogue is not a fact that a defendant can know conclusively ex ante; it is a fact that the jury must find at trial.”

This creates an issue with consistency considering the due process requirement states that a criminal law must be clear enough for ordinary people to understand what it prohibits.

The U.S. Court of Appeals for the 4th Circuit upheld McFadden’s conviction though, saying it was enough to prove that McFadden knew people would consume the substances he was selling. But that in itself is a huge problem, because if that were the only requirement for someone to be accused and convicted of distributing analog drugs it would make felons out of individuals distributing vitamins, cocktails or cookies without realizing they contain controversial chemicals.

The Justice Department (DOJ) concedes that the appeals court was wrong about the knowledge requirement, but also argues that someone can be convicted of selling an analog drug if his behavior and comments suggest he knows the product is “a regulated or illegal substance,” whether he knows why is it or not.

With the analogue drug act legislators had no particular drugs in mind, but they anticipated that no matter what substances were banned explicitly, new ones would take their place. With most synthetic drugs they are constantly reformulated to get rid of a substance that is banned which makes the drug legal again through a loophole. Then the drug is renamed and repackaged to throw authorities off the trial. The excuse of slapping a “not for human consumption” sticker on the package to avoid taking responsibility is not uncommon, either.

This is one confusing cat and mouse game, and it seems that while the analogue drug laws have been put in place to combat this issue, even the lawmakers themselves are struggling with the most effective and fair translation. Either way, synthetic drugs are becoming more dangerous than ever, as there have been recent reports of people dying from apparent drug overdoses or drug poisoning. If you or someone you love is struggling with substance abuse or addiction, please call toll-free 1-800-777-9588