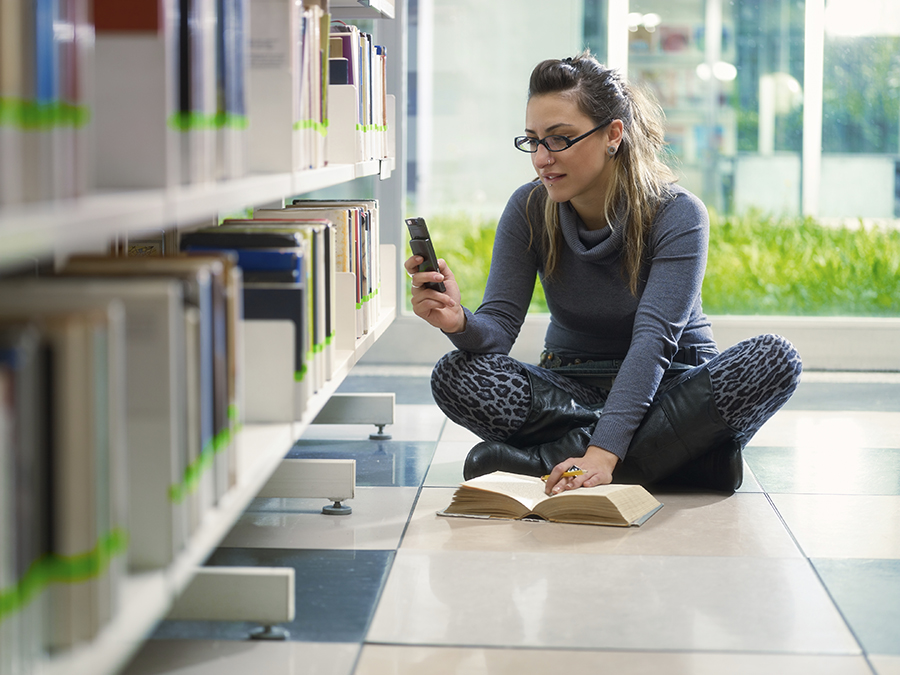 I have personally wondered to myself countless times how cellphones, especially smartphones and similar devices, would impact future generations of academics. As a high school student I never had access to a device so powerful I could communicate across so many forums constantly while searching anything and everything from this pocket-sized super computer.

Now that smartphones and cellphones are just as common in schools as binders and number 2 pencils, what kind of effect is it having on the students and scholars of this generation?

Are cellphones and other forms of technology used for internet interactions hurting our academics?

According to a Baylor University study on cellphone activity published in the Journal of Behavioral Addictions, excessive cellphone use absolutely poses a potential risk for impairing academic performance. The study states:

According to researcher James Roberts, Ph.D., the Ben H. Williams Professor of Marketing in Baylor’s Hankamer School of Business, as cellphone functions increase addictions to this technology become an increasingly possible reality, and Roberts has called it “astounding.”

Roberts, lead author of the article “The Invisible Addiction: Cellphone Activities and Addiction among Male and Female College Students.”

An online survey of 164 college students was conducted and provided the data for the study, which examined 24 cellphone activities and found that time spent on 11 of those activities differed significantly across the sexes.

Down to the Data

Roberts noted that the current survey is more extensive than previous research in measuring the number and types of cellphone activities. It also is the first to investigate which activities are associated significantly with cellphone addictions and which are not.

Also the study accounted for the use of a number of applications, among them:

General findings of the study showed that:

Taking all this into account, it is starting to make sense how excessive use of cellphones poses a number of possible risks for students.

One of the thoughts I always wondered about is what Roberts pointed out… that for some cellphones in class may provide a way to cheat.

I constantly question if conventional testing and homework is really measuring the way students learn, study and grow academically these days if they have a chunk of technology in their pocket that can answer almost anything in just second’s worth of searching online.

Not to mention just texting and asking anyone who might know the answers.

Excessive or obsessive cellphone use also can cause conflict inside and outside the classroom: with professors, employers and families.

Some people use a cellphone to dodge an awkward situation. They may pretend to use their phone to take attention off of them instead of communicating. Have you ever avoided someone by pretending to be on a phone call?

Ever texted a bunch of nothing to your friend ‘no one’ to avert eye contact?

Cellphones can even be used as an escape from the classroom, and in addiction to cellphones we can lose time in the world of social media, texting and surfing. Entire lectures and labs are potentially wasted on obsessing over newsfeeds and photo galleries.

The study noted that modern cellphone use is a paradox, with the power to be “both freeing and enslaving at the same time.”

“We need to identify the activities that push cellphone use from being a helpful tool to one that undermines our well-being and that of others,”

The impact on students seems to be pretty prominent considering the large numbers of students admitting to having some intensity of cellphone addiction. Further investigation should probably take a closer look at how this kind of excessive cellphone use can affect grade averages and make more notes on variations in GPA.

An addiction is an addiction, be it drugs or obsessive behavior it often needs strong intervention and support to build a productive and healthy life free of the compulsive habits. Drugs and alcohol are not easy to give up, but with effective treatment a life beyond addiction is always possible. If you or someone you love is struggling with an addiction, please call toll-free 1-800-777-9588