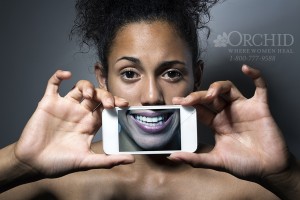 Most people would be reluctant to compare their smartphone with a narcotic, but several studies including one on texting while driving have done exactly that, by weighing the symptoms of drug addiction to the use of smartphones. The idea of smartphone addiction has become so real that these studies have even inspired products based off of combating the psychological turmoil associated with excessive cellphone use.

Last year a poll determined 84% of the globe is “addicted to cellphones,” and one tech expert named Mary Meeker even claimed through her research that the average smartphone owner looks at their device 150 times a day! So how has smartphone addiction truly become a trending topic?

Recent research was commissioned by AT&T and conducted by the University of Connecticut School of Medicine, in cooperation with the well-known “Texting & Driving…It Can Wait” campaign. The findings showed:

Lead researcher Dr. David Greenfield suggested that receiving a message on your phone create a rush of dopamine and positive emotions, but “if that desire for a dopamine fix leads us to check our phones while we’re driving, a simple text can turn deadly.”

AT&T has addressed this issue by creating a free app for the iPhone entitled DriveMode, which silences text messages alerts and lets senders know the user is driving whenever speeds of 15 miles per hour are reached. Parents can also be notified if the app has been shut off. AT&T also made a statement about their efforts and the task at hand:

In May of 2013 another study found that texting while driving surpassed drunk driving as the leading cause of traffic deaths among teens. Researchers at Cohen Children’s Medical Center in New Hyde Park determined:

According to recent studies reported on in Psychology Today, 40% of smartphone users sleep with their phone by their bedside. It has become more and more evident that people simply cannot cope without having their calling, tweeting, texting or tagging taken too far out of reach. In surveys done in regards to smartphone addiction, when people misplace their phones:

The noPhone appears to be waterproof and wireless. No Wi-Fi? No Problem! This things only purpose it to be gripped in place of an actual phone to avoid being anti-social and to help stay focused on face-to-face communication, without the terror of impending doom caused by not having a piece of technology to settle your shaky hands when forced to interact with other physical beings.

Strangely enough, one company claims that the smartphone itself may hold the key to salvation from smartphone addiction! Dependence on a cellphone can easily make life unmanageable, and any addict can understand how serious un-manageability is to addiction.

Pause is a new app that is currently only available for iPhones which operates on the assumption that forcing mobile-dependents to turn off their Wi-Fi signals can help them let go of their obsession for a few moments at a time. The app’s description states,

“Pause helps us to reduce our dependency on digital media and in turn free us up to do something more.”

Pause is free, and works by encouraging users to set their phones on “airplane mode,” ceasing all Wi-Fi, 3G and cell connectivity to reconnect with the real world. To boost motivation, Pause makes a game out of it by keeping track of how long you stay offline so you can try to beat your own “high score,” or even compete with your friends over who is able to go the longest without caving to the lure of connection.

While many may not feel too overwhelmed by this kind of motivation, there is something to be admired in the idea. Setting up a scoring system and challenging each-other to spend more time away from our phones may actually be another helpful initiative. The Pause system literally uses the power of the smartphone against itself, and no matter how long you log off, you always win.

Smartphone addiction may not seem like an issue at the forefront, but what we should be taking from this is that addiction is not as simple and black and white as people think. No matter what the cause- narcotics, food, gambling, technology- addiction is unmanageable and far more than a question of self-control. Real recovery means far more than just not doing something and suffering anyway. If you or someone you love is struggling with substance abuse or addiction, please call toll-free 1-800-777-9588