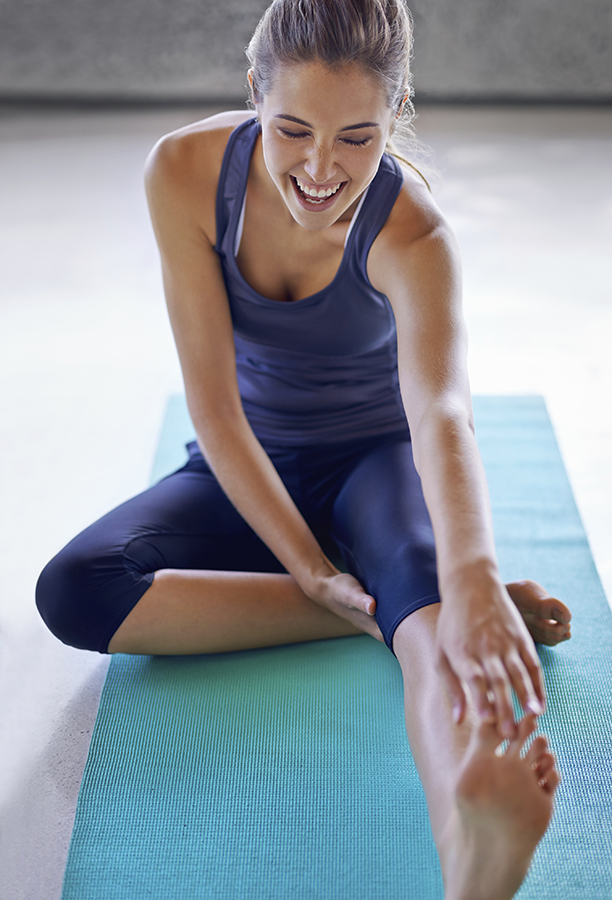 Yoga is a spiritual, mental and physical discipline that has been used in a variety of schools and practices to achieve different goals typically meant to be healing and healthy. Used often in combination with meditation and other holistic practices, yoga strategies have been diversely developed with all kinds of elements for therapy, and believe it or not laughter is one of them.

That’s right, no joke. Some suggest that having a comedian as a yoga instructor may be another exciting way to reap more rewards from this flexible and effective form of exercise.

Anyone who has a yoga mat somewhere in their daily routine and/or not-too-distant future is probably pretty familiar with the idea of using proper breathing techniques, and just how all-important the right kind of breathing can be when aligned with their stretches and poses.

So when the concept of laughing is introduced, what kind of breathing benefits can be expected?

Laughter Yoga combines holistic medicine, spiritual discipline and that one spark that can all start with a smile. It appears the idea behind this is that laughter truly is the best medicine, and all jokes aside a holistic sense of humor can apparently do wonders for your health.

Laughter Yoga is like an aerobic exercise or cardio workout which brings more oxygen to the body and brain thereby making one feel more energetic and relaxed. Supposedly the body cannot tell the difference between pretending to laugh and actually laughing. A good case of the giggles has a variety of health benefits particularly useful with yoga including:

The science of this holistic humor was actually supported by a study from Oxford University, which found that pain thresholds become significantly higher after laughter, compared to the control condition. Even more interesting was this was due to laughter itself rather than the mood of the subject.

The results of the study suggested that produced an “endorphin-mediated opiate effect” which according to the researchers could play a crucial role in social bonding.

Laughing in these large groups also is supposed to help an individual drop their ego and inhibitions to really get into their exercise and enjoy the experience.

Laughter Yoga is commonly practiced in a group setting, with eye contact and playfulness between participants being incorporated, along with other techniques for interaction. Forced laughter soon turns into real and contagious laughter, and each session typically starts with gentle warm-up techniques which include stretching, chanting, clapping and body movement.

The Laughter Yoga movement originally started with a fellowship of just five people in 1995, and since then has evolved into a flourishing community of thousands of laughter yoga clubs which exist all across the world.

It was made into a popular fitness model when developed by Indian physician Madan Kataria in his book Laugh For No Reason, and Kataria’s first Laughter Yoga Club began on 13 March 1995 in Mumbai in a local public park.

In addition to social laughter clubs, Laughter Yoga is also practiced in all types of forums such as:

By 2011 there were more than 8,000 Laughter Clubs in 100 countries. The inspiration and mission is all about bringing happiness to all these places, which an exercise that is both physically and mentally stimulating and enjoyable.

All in all, if you can get some added health benefits from a treatment strategy that makes you smile and gets your giggles going, it sounds pretty legit to me, especially for people suffering from depression or anxiety.

For people struggling with drugs or alcohol, something like laughter yoga and other out-of-the-box holistic healing strategies are great. Something like this creates an improved outlook and is expected to revitalize the body and mind to get you geared toward positive thinking and improving your healthy habits.

Laugh a little and change your life, seems like a fair compromise.

While yoga and other holistic healing methods can be incorporated as elements of an amazing recovery plan, it is still necessary to take those first initial steps toward recovery. If you or someone you love is struggling with substance abuse or addiction, please call toll-free 1-800-777-9588