Dangers of Excessive Ecstasy Use 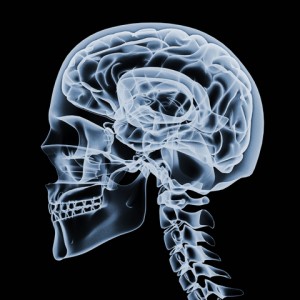 Ecstasy, or 3,4-methylenedioxy-methamphetamine (MDMA), is a psychoactive substance that is most popular among young adults for the effects it shares with stimulant drugs and hallucinogenic substances. It first became popular for use at “raves” or all-night dance parties but now is commonly found in use among young adults at local bars, concerts, and private parties as well. While under the influence, according to BBC Health, users often experience:

Many patients – especially those who struggle with depression, social anxiety or generalized anxiety – may begin to use Ecstasy frequently in order to experience these effects, despite the negative effects that often follow when they “crash.” Chronic abuse of Ecstasy can result in a number of harmful consequences for the patient, including:

Additionally, all of these issues can be compounded and complicated when the patient uses Ecstasy in combination with other substances of abuse, including alcohol and marijuana.

Excessive use of Ecstasy can alter the course of the user’s life, negatively impacting their ability to function, their overall quality of experience, and their hopes and possibilities for the future. If your loved one is struggling under the weight of chronic Ecstasy use and abuse, you can help them break out of the rut. Contact us at the phone number listed above to speak to a professional addiction treatment counselor about options available to your loved one.

Many believe that Ecstasy is a safe drug because it was first developed in the 1970s for the purposes of psychotherapeutic treatment, but it never received official approval for this use. The Drug Enforcement Administration (DEA) formalized its lack of medical application by classifying it as a Schedule I drug in 1985, which means that it has a high potential for abuse and no medical use. However, there have been some research studies dedicated to determining whether or not the drug has therapeutic application in a clinical setting in the treatment of disorders like post-traumatic stress disorder (PTSD). It is important to point out that these studies have not demonstrated that Ecstasy is definitely effective for this purpose and, additionally, that there are some very stark differences between the use of Ecstasy in this setting and the recreational use of Ecstasy, specifically:

In short, the Ecstasy purchased on the street for recreational use is nothing like the pure MDMA administered for research purposes; the street version is far more dangerous due to contaminants and a lack of medical supervision.

The first hurdle for those who use excessive amounts of Ecstasy includes the acute effects of the drug experienced while under the influence. According to Brown University, it is very common to find that pills sold as Ecstasy are in fact made up in large part by other substances. They cited a study that found that as many as 58 percent of pills contained less than 25 percent MDMA and included ingredients like:

Unfortunately, taking too large a dose of these pills can result in a number of uncomfortable side effects, including:

Heat stroke and dehydration are the most common causes of death due to use of Ecstasy, but those who are concerned about this effect and drink too much water can suffer from water poisoning, or hyponatraemia. Additionally, because the drug has stimulant properties, it significantly increases heart rate, which can be dangerous depending upon underlying conditions of the patient.

According to the National Institute on Drug Abuse (NIDA), Ecstasy works by increasing serotonin, norepinephrine and dopamine – the happy chemicals released in the brain. It makes the user feel good, positive and empathetic toward others while the drug is in effect, but the price of this huge rush of euphoria is paid for in negative mental health consequences when the drug wears off.

Unfortunately, these can last for weeks or even months after cessation of chronic use of the drug. Long-term inpatient care and dual diagnosis treatment are often recommended for patients to help them combat these issues and avoid relapse.

Because Ecstasy has a stimulant effect on users, chronic users of the drug can experience many of the same medical issues seen in cocaine and crystal meth addicts. An elevated heart rate and increased blood pressure can result in a number of acute issues for users in good health, but those who have circulatory issues or who are living with heart disease, chronic use of the drug means a constant risk of stroke or heart attack.

Additionally, the NIDA reports that with each use of Ecstasy, chronic users of the drug are at risk of experiencing an unpredictable effect of Ecstasy use called hyperthermia. This issue is characterized by a steep increase in body temperature that can mean damage to the liver and/or kidneys as well as the cardiovascular system.

Also, because Ecstasy can interfere with the body’s ability to process the drug out of the system, those who use the drug regularly in a short period of time risk overdose and an increased risk of the above health problems due to a buildup of the drug in the body.

One of Ecstasy’s primary effects is the feeling of empathy between users and by users for other people. The result of this feeling of emotional closeness and understanding can be sexually dangerous situations, often unprotected sex that can result in a number of issues from unplanned pregnancy to the transmission of sexually transmitted diseases like chlamydia, gonorrhea, HPV, HIV, hepatitis C and others.

The effect of chronic abuse of any drug including Ecstasy on close friendships and personal relationships with family members cannot be understated. One issue that is commonly cited among users of Ecstasy is an issue that is caused by those artificial feelings of closeness that result from its use. Patients say that it is difficult to respect the boundaries of monogamy while under the influence, which can result in problems at home. When the drug wears off, chronic users of the drug have to face the consequences of their choices under the influence, and this can often mean the end of a relationship with a significant other. 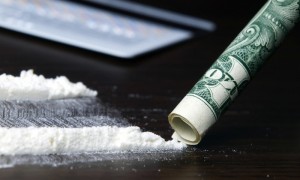 Combining Ecstasy With Other Drugs

All of the risks listed above are compounded in users who routinely combine Ecstasy with the use of other drugs. It’s not uncommon for people who use Ecstasy in the social setting to also drink alcohol, smoke marijuana, and use other substances of abuse. Depending upon the other drugs they use, different consequences will result. For example, alcohol used in combination with Ecstasy is particularly dangerous. Alcohol is dehydrating just like Ecstasy so the combination of the two substances can more quickly lead to dehydration levels that cause kidney and liver damage. Additionally, Ecstasy is a stimulant and alcohol is a depressant, so the use of Ecstasy can initially diminish the depressant effects of alcohol, and many users will drink toxic amounts of alcohol because they don’t feel its depressant effects.

Brown University reported the results of a study that estimated that of the Ecstasy-using participants who took part in the research, 43 percent were dependent upon Ecstasy and 34 percent exhibited behaviors of drug abuse. About 60 percent of the participants also reported that they experienced withdrawal symptoms that were both emotional and physical in nature.Anecdotal and scientific evidence says that excessive use of Ecstasy can lead to dependence upon the drug. A physical addiction occurs when a chronic user depletes his serotonin levels to the point that he requires more and more of the substance in order to experience any euphoric effects of the drug. This tolerance is frustrating to users because when serotonin levels are depleted, a high cannot be sustained nor can increased doses increase the feelings of euphoria experienced. Users end up chasing the level of euphoria they initially experienced and cannot achieve it again. Because the neurotransmitters targeted and triggered by the drug are the same as other drugs of addiction, chronic users of Ecstasy are advised to undergo extensive drug addiction treatment that addresses the many different issues raised by chronic drug use and abuse.

Does Your Loved One Need Treatment for Ecstasy Abuse or Addiction?

Even chronic users of Ecstasy may not use the drug daily, so how can you tell if the drug is a problem for someone you care about? Some signs of Ecstasy abuse and addiction include:

If your loved one is struggling due to excessive use of Ecstasy, don’t allow the physical and mental consequences of abuse of the drug to take over. Contact us today to learn more about how our addiction treatment programs here at The Orchid can help your loved one to begin the healing process.