Will the Next President Undo New Pot Policies? 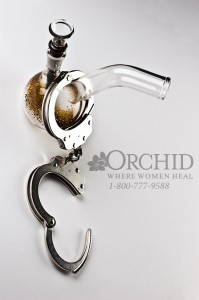 While many would say that the United States Congress has apparently turned a blind eye to marijuana legalization legislation on the state level with all the marijuana news during the midterms, some speculate that the next president may enforce federal restriction on the drug more strictly than the current presidential administration.

That being said, there are those who are fearful that the new presidency may bring with it a crackdown on the 1970 Controlled Substances Act. One of these such concerned individuals is Harvard economist Jeff Miron who stated,

“Despite the compelling case for legalization, and progress toward legalization at the state level, ultimate success is not assured. Federal law still prohibits marijuana, and existing jurisprudence, Gonzales v. Raich 2005, holds that federal law trumps state law when it comes to marijuana prohibition.”

Miron tries to explain that the legalization of marijuana seems thus far to have been tolerated in light of several other pressing issues, and the fact the federal government has not yet stepped in to undermine all the debate and work that has been put into the new laws for legal marijuana does not mean it won’t eventually. Miron said,

“So far, the federal government has mostly taken a hands-off approach to state medicalizations and legalizations, but in January 2017, the country will have a new president. That person could order the Attorney General to enforce federal prohibition regardless of state law.”

The Democratic Representative of Oregon Earl Blumenauer also acknowledges that the new presidential candidate could potentially undo all the progress that has been made recently on marijuana legalization and medical marijuana laws.

Earl Blumenauer is one individual who last year introduced several bills in an effort to slacken off the federal government’s grip on the states’ individual legal marijuana programs. Recently he stated,

“Both Miron’s analysis and conclusion are spot on. The federal government needs to end the failed prohibition of marijuana by rescheduling or removing it from the list of controlled substances. Too many lives are ruined and futures cut short by these outdated and wasteful policies.”

So while Blumenauer does see that there has been some great progress made with the legalization of marijuana in several areas including both recreational and medicinal use, but he also sees that it may not be lasting reform depending on the angle that the next president chooses to take.

Some of the presidential front-runners like Senator Rand Paul from Kentucky and former Secretary of State Hillary Clinton, have already voiced their support of marijuana’s legalization. Others, however, like former Arkansas Governor Mike Huckabee and current Vice President Joe Biden, have clearly stated that they are opposed to marijuana legalization.

It is probably safe to assume that this is an issue that will have to be touched on throughout the coming campaigns, and may even play a major role in where the candidates stand in the election. Some may have yet to reveal their own plans for pot policies, but one thing is certain, this may be a part of the fight for office that could get an opponent caught in a corner.

With weed winning out in the midterms in a big way, and several other states considering new ways to reestablish their economy or their political climate by passing new marijuana legalization laws, is it all too little too late, or will the new president take it a few steps further? We are sure to see what our options are as the next election comes closer.

What about those in recovery or those who have a drug problem and don’t take weed too seriously? Will the new lengths in marijuana reform and regulation put more at risk, or will they create more confusion as to what is good for us and what is not? One thing is for certain, anyone who knows their disease, knows that a law won’t change it. If you or someone you love is struggling with substance abuse or addiction, please call toll-free 1-800-777-9588