Is Fighting the Opiate Epidemic Getting People Hooked on Heroin? 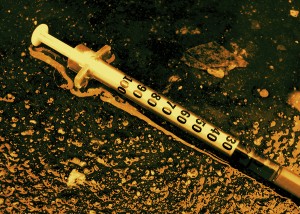 Opiate addiction, be it prescription or off the street heroin is a devastating and deadly affliction, and there has been a conscious effort these past few years to highlight the public health crisis and opiate epidemic caused by the overprescribing of pain medications, resulting in the tens of thousands of deaths. Prescription painkillers have become public enemy number one in terms of overdose deaths in America, but heroin is closing in close behind.

Since the initial attention gained by the ‘pill mill’ and ‘doctor shopping’ days, there have been various actions and initiatives put in place, but have they had the desired impact to match the awareness? Or have efforts to decrease the prescription painkiller problem created more destruction through the demand and misuse of heroin?

Until quite recently, the vast majority of physicians understood that opioid pain medications are instrumental for treating short-term pain, cancer and for easing suffering at the end of life. But that those same medications had no place for longer-term, chronic use.

It was accepted that the opioids’ consisted of side effects and had real potential for developing tolerance, or an addiction. Opioid withdrawal symptoms made for a very poor analysis of pro’s and con’s for patients. Unfortunately, over a decade ago, a variety of forces changed all that, including pharmaceutical companies fighting to convince physicians that opioid pain medications, prescribed to patients with genuine pain, would not lead to addiction.

Subsequently impacting around 15% of our population, prescribed opioid addiction was very real, and began to hit hard. The usual suspects included a variety of dangerous drugs like Vicodin and OxyContin, and opioid addiction quickly became the fastest-growing drug problem in the nation, seemingly overnight next to heroin. Accidental drug overdose surpassed even car accidents as the most common cause of accidental death, with most deaths resulting from prescribed opioids.

In the past two years, both federal and state governments have taken actions with the intention to impact the opiate epidemic and rise in overdose rates. The federal government thought if pain medications were more difficult to crush, break or dissolve, they would be more difficult to misuse. Additionally, the federal government reclassified Vicodin and other products containing hydrocodone from Schedule III to the more restrictive Schedule II, placing more restrictions on prescribers.

On the other end, most state governments have created Prescription Monitoring Programs or Prescription Drug Monitoring Programs (PMPs or PDMPs). These are databases that collect information on prescribed substances, allowing physicians and other prescribers to see what medications their patients have been prescribed to combat ‘doctor shopping’ when patients falsify medical information to overprescribe themselves.

PMPs are designed to enable and encourage the intervention and treatment of prescription drug addiction, but are these systems and other efforts to address the prescription opioid epidemic also driving people to heroin?

Over the last decade, the increase in the number of heroin-related overdoses is unavoidable, and in the last couple years alone there has been a very dramatic increase. So now curiosity has turn the attention to whether the hard work put into trying to overcome prescription opiates has fueled this fire, because evidence suggests that many of the millions who were initially introduced to opioids by their doctors have turned to heroin for a cheaper and stronger high.

Data from the Centers for Disease Control (CDC) support the idea that the opioid epidemic keeps on keeping on. In fact it’s going strong, with over 100 people a day die in this country because of drug overdose, a figure that has been rising steadily for over two decades. There were 41,502 drug overdose deaths in 2012 the United States. An estimated 38% or 16,007 involved prescription painkillers.

One piece of the puzzle is the old stereotype of heroin users as young, poor, black and male and how it has been replaced these days by the reality that users are overwhelmingly white, increasingly older, middle-classed and female in contrast, and that shift is connected to prescribed opiates.

While prescribed painkillers are the cause of most hospital emergency admissions for opioid overdose, both government authorities and local media around America are reporting a dramatic rise in heroin overdose deaths, showing that the heroin crisis is hand-in-hand with the opiate epidemic.

Increasing numbers of clients are reporting across the board that they are physically dependent on heroin, having switched from OxyContin and other prescribed painkillers as they’ve become harder to get from their physicians, and more expensive off the streets.

As a recovering opiate addict, I can attest to witnessing a lot of people who typically abuse prescription medication get sick enough and desperate enough that changing brands to heroin seems like the only logical choice. Restrictions that have been placed on prescription opioids have resulted in a decreased availability of these kinds of opiates on the street. Even people given prescription opioids for chronic pain after a period of time get cut-off by doctors for abusing the drugs, and the pain of going without is too intense so they switch to heroin.

Andrew Kolodny, MD, is the Chief Medical Officer of Phoenix House. He is also the President of Physicians for Responsible Opioid Prescribing (PROP), and actively a long-time crusader against the epidemic of opioid addiction. Kolodny prefers a more balanced perspective on the challenges in this situation, pointing out there is what some consider strong evidence that heroin use was increasing before any actions on the state or federal level were implemented.

To say that all the efforts to curb prescription drug misuse have not only been wasted, but that they led to a spike in heroin use or overdose may not have the facts to support it. This idea has become a common media narrative, but is this really the deal? Or is it the overprescribing of opioids itself that has caused increases in opioid addiction of all kinds? According to Kolodny the transition from prescribed opioids to heroin has been happening since the beginning of the epidemic, and there is no evidence that the government efforts to reduce the overprescribing are responsible for the increase in heroin use or overdoses.

Other factors are also at play here. Things like the regional severity of the situation, the fact that most opioid overdose deaths actually involve a variety of substances, there are other things that add up to the increasing heroin issue. At the end of the day we as a country have an opiate problem, both prescribed pain medications and heroin, and maybe it’s too soon to start blaming policies for doing what was supposedly best to put an end to this epidemic.

Heroin and opiate painkillers are both substances that create terrible addictions. They both torment the lives, health and happiness of the user, and they have both plagued America for far too long. As more is done to change the situation, as addicts we must do what is necessary to change ourselves. If you or someone you love is struggling with substance abuse of addiction please call toll-free 1-800-951-6135