Heroin Overdose on a Rapid Rise 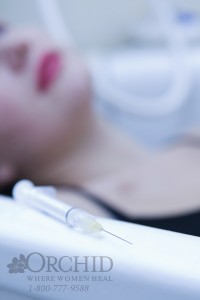 Nationally rates from heroin overdoses increased by over 50% in a decade, and recent polls suggest that this trend is still on the rise. While the overdose rates do vary from state to state, there is still a great amount of concern because the problem does not seem to be solving itself anytime soon. With a lot of reform being considered concerning drug policies in the United States, and more programs being put into effects to address the overdose epidemic, there is a lot of information that insists we keep on working to change this trend.

The rapid rise in heroin overdose deaths follows nearly 2 decades of increasing drug overdose deaths in the United States, primarily driven by OPR drug overdoses. In this author’s home state of Ohio, the number of heroin deaths increased approximately 300% from 2007 to 2012! Mortality data for the entire United States shows a 45% increase in heroin deaths from 2010 to 2011, the largest annual percentage increase since 1999.

According to a review done by the Centers for Disease Control and Prevention, heroin overdose death rates in the United States are currently on a drastic rise. Rates were taken from a review of 28 states that showed statistically significant increases for both males and females, all age groups, all census regions, and all but one ethnic group. Showing that the increase exists in several different environments and areas, not discriminate to one or the other.

While the distribution of the study closely matches the U.S. population by age, sex, and race or ethnicity, the findings are not necessarily nationally representative. So they do not necessarily cover the U.S. in its entirety. However, all the available data shows that heroin deaths rose nationally from 2010-2011. The review found that the death rate from heroin overdoses doubled during that time frame, from 1 to 2.1 deaths per 100,000 people.

The increasing death rate from heroin also is consistent with the 74% increase in the number of current heroin users among people who are as young as 12 years old and up in the United States during 2009–2012.

But despite this slight drop, the CDC said years of over-prescription of painkillers has led to the recent surge in street heroin deaths. Nationally OPR death rates from 2010 to 2011 were stable (5.4 per 100,000), and there was even a recent small decline in OPR overdose mortality, which is encouraging given its steep increase during 1999–2010. But that does not mean efforts should not be made to further improve.

In a sample survey of heroin users in drug addiction treatment programs, 75% who started using heroin after the year 2000 stated that they first abused prescription opiates, as powerful painkillers that produce a similar effect on the user. These addicts who were surveyed said heroin was easier to get, it was a cheaper alternative, and that it is actually a more potent and similar high compared to prescription narcotics.

The study concluded through this statistic another notable distinction in the growing and evolving heroin issue. When looking at this number in comparison with the numbers among the individuals who began use heroin back in the 1960’s there can be a lot of credit to the growing overdose rate to OPR drugs. Well over 80% of the addicts who started using heroin in the 1960’s indicated that they initiated their abuse with heroin. So it is likely that many addicts who now use heroin may have not ever gotten that far without prescription painkillers.

Continuous efforts to prevent a further increase of the number of OPR users who might use heroin when it is available should be kept alive and striving to make an impact on this trend, because the more people who are exposed to opiate abuse, the more that number of average heroin users will rise, which of course will have an impact on the overdose rates.

These findings indicate a serious need for a step up in all prevention efforts intended for reducing overdose deaths from all types of opiates, while simultaneously recognizing the demographic differences between the heroin and OPR-using populations, and actively pursuing means of treatment and raising awareness of the dangers of drug abuse and the stigma that imprisons most addicts. If you or someone you love is struggling with substance abuse or addiction, please call toll-free 1-800-777-9588