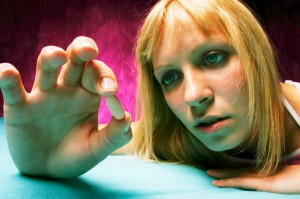 Women are starting to keep up with men and for once, it is not in a good way. Years and years ago, addiction was thought of as primarily a men’s disease. And the thought was right. Alcohol affected roughly five men for every one woman in the 1980s. This doesn’t mean that women weren’t affected though because the truth is women are twice as likely to die from alcoholism then men. Today’s numbers reflect a different story. In 2002 the ratio of alcohol affecting men and women had shifted from every 5 men to every 2.5.

Women and Prescription Drug Abuse: Why?

It’s the drug of choice among women. So women and prescription drug abuse is becoming more and more common.

Forty years ago, pain was widely under-treated with prescription drugs reserved only for the dying and for those with cancer. In 2001, there was a campaign to make pain the fifth vital sign, which prompted health care professionals to assess and manage pain in the same way they would take a patients temperature or blood pressure. Now the scales have tipped back the other way and in some scenarios, pain is being over treated with addictive medications even when non addictive approaches would work.

But why are so many women involved with prescription drug abuse? Women and their fondness for prescription drugs actually dates back to the 1960s and 70s when “Mothers Little Helper” aka valium was over-prescribed to help women cope with the pressures of motherhood.

Today, prescription drugs are the drug of choice among women. This is in part because women are more likely to suffer from chronic pain. This could explain also why women ages 45 to 54 had the most dramatic increases in drug overdose deaths in the study mentioned above. Women are more often prescribed prescription drugs for longer periods of time than men. In fact, some women are 50 percent more likely than men to leave their doctor’s office with a prescription even if they have the same condition.

The majority of overdoses occur when prescription drugs are combined with other prescription drugs and even alcohol. For instance depressants like alcohol or benzos like Xanax or Ambien. Because women are twice as likely to have anxiety and 70 percent more likely to have depression they are more often prescribed antidepressants and anti-anxiety medications which increase their risk of dangers drug interactions which in turn lead to more overdoses.

Women and Prescription Drug Abuse: Women get it harder

Also, women generally don’t get treatment for prescription drug abuse as quickly as men. This is unfortunate because their addiction develops more quickly so they need it sooner. This is because of the stigma of a woman needing to be a mother and being responsible for raising children.

Luckily once women get help for prescription drug abuse they have good abstinence rates and even relapse less often than men.