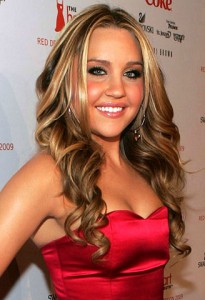 The 28-year-old actress is in the news again – for much of the same bizarre behavior as in the past – and people are having a field day over her misfortunes, making fun of a young woman who, despite her relative fame and fortune, is obviously not well and in some kind of distress.

“If you cried about Robin Williams and you’re laughing about Amanda Bynes, check yourself. Mental illness isn’t a spectator sport.”

When we think back to the recent tragedy of the loss of one of comedy’s greats, Robin Williams, there seems a general consensus of compassion. One doesn’t have to go too far to see all of the outcries of love and loss at the news of Williams’ passing. Perhaps because Mr. Williams isn’t alive to be held up to ridicule is why there isn’t the same sentiment that you’ll find towards Bynes.

And, when we harken back to the very public meltdown of Brittany Spears, we see a similar trend. Personally, I was never a fan of Spears but, when she was doing all of those ‘crazy’ things and everyone was making light of her situation, it occurred to me that that wasn’t right. As much as I despise pop music and culture, I realized that Spears’ pain was very real and felt compassion towards her. You see, I am a person with mental illness. I can only imagine what that would be like, being in the public’s eye and having every painful and embarrassing aspect of my illness unfold for all to see – and make fun of.

So, why is it that we relish so much to see someone – especially a celebrity – fall from grace?

There’s an actual term for this social phenomenon: schadenfreude, which describes taking pleasure in someone else’s failure, especially when theirs is an exceptionally big fall from grace, such as that of a public figure, i.e. celebrity.

In the past, Amanda Bynes had been spiraling out of control with a series of drug-related arrests and accounts of seriously bizarre behavior.

First, there were several cases of driving under the influence, one during which she had actually struck a Los Angeles County sheriff’s patrol car in 2012. Then, last year, Bynes had received psychiatric treatment after authorities said she set a small fire in the driveway of a California home.

Bynes later entered a rehab facility and was released after a long stay in treatment. Once out of rehab, Bynes deleted her controversial tweets from last year, which included some vulgar messages and nearly nude pictures. In 2013, after months of rehab and therapy Bynes appeared to be on her way to recovery. Since then her parents have been caring for her, and she has been spotted taking fashion design courses at the Fashion Institute of Design & Merchandising.

We can only guess that Bynes has stopped taking her psychiatric medication and is suffering another psychotic break.

Over the weekend, she was placed under an involuntary psychiatric hold shortly after landing at Los Angeles International Airport; a series of erratic tweets and questionable behavior in New York City prompted her parents and friends to be concerned for her safety. It’s the second hospitalization in the past two years for Bynes.

Dual diagnosis treatment is available to women who struggle with both mental illness and a substance abuse disorder such as addiction. The Orchid Recovery Center is a top-rated treatment facility that specializes in combining therapies for women in this situation for the best treatment outcomes. Call an Addiction Specialist today at 1-800-777-9588.