Big Pharma and the Rise of ADHD 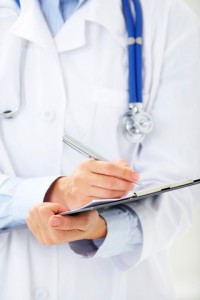 You always hear your grandparents talking about how “back in their day, when a kid had ADHD he was just considered hyper,” now-a-days that isn’t the case at all. When a child or any one has ADHD it is very common practice to start them on medication. Big Pharma is the nickname given to the pharmaceutical trade. It has been joked about that if you are going to your doctor to get medication, doesn’t that just make him your drug dealer?

Children (who are severely hyperactive and impulsive) that were once shunned as bad kids are now being accepted as having a real neurological problem. It has become recognized by doctors and parents that certain drugs, such as Adderall and Concerta, have assisted children with ADHD to be successful in school and elsewhere. Dr. Keith Conners, who has been leading the fight to legitimize attention deficit hyperactivity disorder for more than 50 years, was less than pleased when speaking to a group of colleague ADHD experts in Washington. He illustrated that modern data from the Centers for Disease Control and Prevention demonstrate that the diagnosis had been made in 15 percent of high school-age children and that the number of children on medication for the disorder has climbed to about 3.5 million from 600,000 in 1990.

He probed the ascending rate of the diagnosis and called them a national disaster of dangerous proportions. “The numbers make it look like an epidemic. Well, it’s not. It’s preposterous,” Dr. Conners, a psychologist and professor emeritus at Duke University, said in a subsequent interview. “This is a concoction to justify the giving out of medication at unprecedented and unjustifiable levels.” Sales of prescription stimulants have more than quintupled since 2002. Some of the field’s longest supporters have said that the eagerness to find and treat every ADHD child has led to countless people with slight symptoms to receive a diagnosis and medication. This disorder is now the second most common long-term diagnosis made in children, scarcely behind asthma, according to a New York Times analysis of C.D.C. data.

Drug companies have altered advertising for ADHD medication through the years. Lately, difficulties like divorce and auto accidents have been used to appeal to adults. Ads in the 1990s promoted better grades at school as a central benefit. Early ads fixated on sadness and “the problem child.” Now, prescriptions for adults are actually growing much quicker than for children. Numerous experts agree that the disorder was dismissed for too long as affecting only children. Given that adults far outnumber children, this proposes that the adult market could be twice as big.

What about ADHD medication being abused? When I was using drugs, I was a big fan of Adderall myself. I had no idea how easy it was to just find someone who was prescribed them and buy them. I remember friends of mine saying that they just went to the doctor and were so easily prescribed to it. Doctors have really become like drug dealers now-a-days more than ever; I wish I could think of how many recovering addicts and alcoholics I know that were prescribed the medication they were abusing. In my opinion, just because a doctor prescribes you a medication doesn’t mean that you necessarily need it. Doctors can misdiagnosis and are just humans who make mistakes, and besides that a lot of people go in and lie to the doctors to get what they want. The use of Adderall has escalated very quickly and is definitely becoming more widely known as a drug that is abused. If you or a loved one is struggling with substance abuse or addiction, please call toll free 1-888-672-4435.