9 Signs You Are Too Judgmental 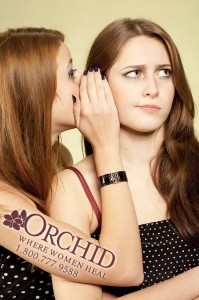 Judging people, it’s like eating a whole tub of cookie dough to yourself. It’s terrible for you, but sometimes you just get carried away, and other times it just makes you feel better (or worse) about yourself. Taking other peoples inventory is so easy because it makes it easier to avoid reflecting on our own, but it is sometimes said that the things we judge others for are just variations of a reflection of the things we don’t like about ourselves. People find defects in others out of jealousy, pride, or expectations and then sometimes determine a person’s value based on the thing they like least about them without even knowing who they are.

I will be the first to say I have been judgmental, I even fall into some of their categories by a knee-jerk reaction, it is in our nature as human beings, especially in recovery, to recognize this behavior and develop willingness and awareness to change. Being judgmental is hazardous to anyone’s health, and it’s kind of like ignore the beauty of the entire forest based on the ugliness of a few trees. These may be 9 signs you are too judgmental.

1. You rate others based on their appearance

They say ‘first impressions are everything’ , but is this really true? I know this may be hard to believe, but some people don’t feel the need to get dressed up to meet you. Maybe give them a chance to show the person they are instead of what shirt they have on.

2. You constantly gossip about others

Everyone falls victim once and a while to a little gossip, but to go out of your way to spread rumors or make negative comments or trash-talk others to people they may or may not know is a sign of being too judgmental. And if all your friends gossip, imagine what is said when you walk away.

3. You form opinions of others based off what people say

If you have never met someone or gotten to know them and you have already formed an opinion on them based off what others have said, it shows again that the gossip and judgmental mind-state are still there. At this point you’re just co-signing someone else’s judgment.

4. You assume people are lying without evidence

Trust is hard to come by sometimes. Some people make it harder to trust their word than others, but you are probably being too judgmental if you automatically assume someone is lying without any evidence as to why they would even feel the need to.

5. You rate people based off the people they hang out with

A pretty good indication you are too judgmental is when you consider anyone guilty by association. Basically if you see someone in a group of people you already judging, you will typically bunch them in with the others you have already passed your judgment on.

6. You leave no room for mistakes or forgiveness

Sometimes people do wrong us or those we care about. Mistakes are in our nature. To value someone only on their faults and to attach everything they say or do to that negative stigma to define them as a person is being too judgmental.

7. You are disgusted with people who disagree with you

Deciding that anyone who has an opinion different from your own is stupid, that’s probably a good sign that you’re too judgmental. Not only are other people not always as wrong as their answers or opinions, you are definitely not always right, and you never know why people think or believe what they do, but it’s not up to you to decide for them.

8. You maintain a negative outlook or mood

People who are overly judgmental or critical typically will have a negative outlook on life or people in general. Staying stuck in a bad mood or being a pessimistic about things on a regular basis is just another way of being judgmental, towards everything and everyone.

9. You always take other peoples inventory

One of the biggest symptoms of being too judgmental is taking a regular inventory of others, weather it is just in your mind or openly in front of other people, constantly holding others up to your own moral standards and labeling them according to your expectations is a quick way to know that your too judgmental.