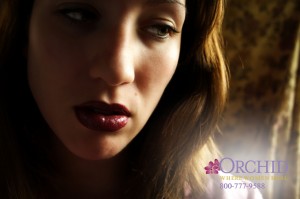 This may seem strange to some, but for those familiar with the current climate as far as opiate abuse and drug treatment it makes perfect sense. Researchers concluded in a study published back in May of 2014 in JAMA Psychiatry that this statistic represents what was referred to as “a marked shift in the demographics of heroin users seeking treatment over the past several decades.”

How the Change Happened

This recent study examines the factors involved in this shift, and discovered that Caucasian women and men have gradually embraced prescription pills, especially painkillers, as their drug of choice. Subsequently heroin eventually becomes the more attractive alternative, being that it is much cheaper and very similar.

The lead study author and Washington University neuropharmacologist Theodore Cicero had a lot to say about these results.

“Most people tend to be prescription drug users first and then graduate to heroin. The additive properties of heroin are manifold greater than prescription drugs. It gets into the brain much more quickly than other opiates”

This means the drug once considered a “first opioid of abuse” is now more widely viewed as an increasingly popular last resort when an opiate habit has evolved long enough and far enough. The number of women among the current heroin using population has pretty much doubled:

Through this survey researchers gathered data on over 9,000 opioid-dependent patients in 150 drug treatment centers across the US.

Two things were credited as contributing factors to trying heroin according to the study done on these first time users- cost and convenience. The drug’s strength causes many to stick with it.

Cicero cautions that this doesn’t mean heroin has become less popular among young men of color in urban centers. Cicero estimates that the number of those users has probably increased as well. The difference is that heroin has moved out of the slums and into suburbia. Cicero said,

“We suddenly saw an explosion of heroin use in areas that were previously not interested in the drug. The biggest development being the migration of heroin from inner cities to the suburbs and rural areas.”

In the matter of heroin-related deaths the purity of the drug, or lack thereof, is an important factor. More often than not other ingredients are mixed in when the drug changes hands, and these ingredients often include things like talcum powder.

Because the drug isn’t sterile, people who use it can also frequently come into contact with a surplus of bacterial contaminations, which create more serious infections and illness. HIV and hepatitis C infection that accompanies sharing needles and coming into contact with compromised and contaminated blood continues to magnify those health risks.

Cicero believes that the United States government has a very incorrect and lopsided perception of how the illegal drug trade truly operates, and who is most at risk or involved. That alone might be one of the most imperative reasons that the illicit drug industry persists today.

“We are trying to cut down on the amount of heroin available, but we aren’t really addressing the problem. We need to focus a lot more on why people find these drugs so attractive [or] we aren’t going to be solving the abuse problem at all.”

Widespread geographic distribution of heroin use has become more and more relevant, and the issue of how prescription drugs play into that hand is more obvious these days. What should also be increasingly obvious is that more and more women, not at all excluding suburban white women, are falling victim to the terrible grips of addiction as a powerful and progressive disease.

Stigma truly does us no good. All it does is limit our perspective of what is really going on in our homes and in our neighborhoods. Understanding the threats that we all face is imperative to our survival through the plague of narcotics. If you or someone you love is struggling with substance abuse or addiction, please call toll-free 1-800-777-9588