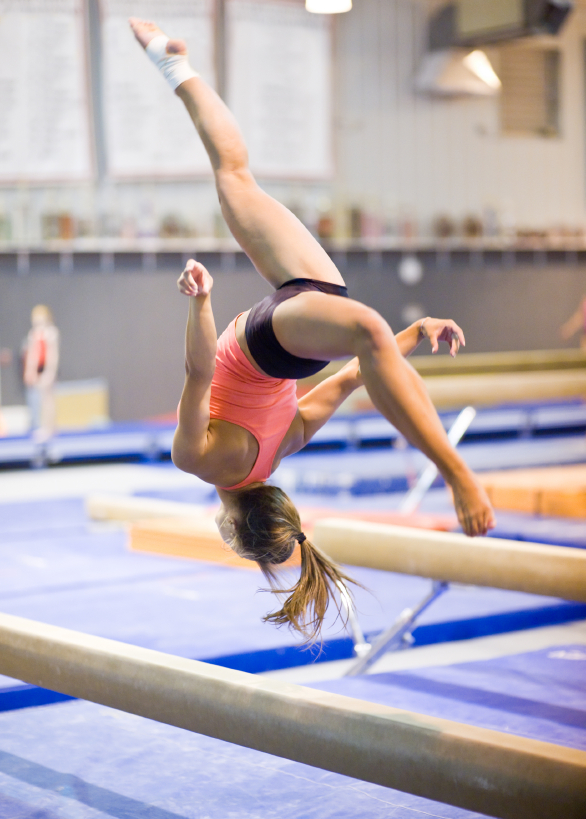 As a huge gymnastics fan, I was totally shocked to hear that 2008’s U.S. Olympic gymnast Shawn Johnson had struggled with an eating disorder. The fit muscular athlete was strong and powerful at the 2008 Olympics, but it turns out Johnson’s muscular built made her very self-conscious in a sport where slim and graceful is considerably more appealing.

During the 2008 Olympic’s all-around gymnastics competition, Shawn Johnson competed against her USA teammate Nastia Liukin for the coveted all-around gold medal. The two could not have been more polar opposite. Nastia Liukin had the body of a ballerina; graceful and light, while Shawn was strong, muscular and powerful in her movements.

The competition had America on the edge of their seats as they wondered who would win this head to head battle: strong and powerful or lean and graceful? Well, Nastia Liukin’s slender, graceful, and fluid routines trumped Shawn Johnson’s. Although close, Nastia Liukin ultimately won the all-around gold medal in 2008.

Looking back, I am sure it must have been difficult for Johnson to cope with the loss. Though she handled it like a true professional, learning to accept a body image that is not typical or universally ideal is challenging for anyone, especially an Olympic athlete. Soon after the olympics, Johnson competed in Dancing with the Stars and even won the competition. Yet, winning did not stop her from fighting an eating disorder that was deteriorating her health.

Johnson struggled for years with body image and weight struggles. Recently, Johnson finally opened up about the struggles she had to overcome with her body image. Although she does not specify the type of eating disorder she had, she is focused on now committing herself to a healthier lifestyle.

In the past, Johnson denied all allegations of an eating disorder. She did admit to struggling with body shaming but she did not acknowledge to any other problems. In a 2012 interview with Reuters, she said:

“I was luckily strong enough to not fall into any of that,” Johnson said. “I was 6% body fat and I still thought I had to change something. That is so wrong. It’s scary and so many girls go through it and they shouldn’t.”

From Athlete to Celebrity

When Johnson competed in Dancing with the Stars (and won), she became a huge target for criticism. Suddenly, Johnson was not just an Olympic gymnast, she was a celebrity.

“Going through puberty on national TV and gaining weight, and just being kind of a huge target for criticism, was just really difficult for me,” she said. “Because in gymnastics, I’d earned the respect of the world by how hard I had worked. DWTS was more glamorous, people weren’t as forgiving.”

Nowadays, Johnson is much happier about her life and radiates confidence. After all, she has a lot to be happy about. Her boyfriend, NFL player Andrew East, proposed to her recently at a baseball game and she is excited about getting back in shape for gymnastics. That’s right; fans might have a change to see Shawn Johnson back in action.

Johnson plans to train hard enough to join the “USA Gymnastic Tour of Gymnastic Champions.” She is a bit worried about one thing though:

“I’m trying to get back into shape and they used the word leotard and I about had a heart attack,” she admitted in the article. “So I’m working on getting back into leotard shape!”

Overall, Johnson believes that the key is moderation. Learning how to be healthy without being overly obsessive is the key to success.

If you feel like you are struggling with an eating disorder or any addictive behavior, it is important that you address it right way. If you or someone you love is struggling with substance abuse or addiction, please call toll-free 1-800-777-9588.