What Counts as A Relapse? 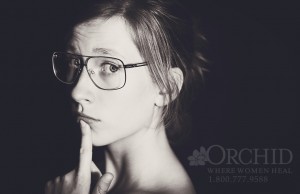 What do you mean ‘relapse’? Are medications a relapse? Is drinking a relapse for an drug addict? Questions pop up once in a while and opinions may vary on the terms of what is a relapse versus what people think are acceptable forms of substances that should not qualify as a drug or constitute a relapse. Firstly, let us take a look at what the word ‘relapse’ and those associated with it mean.

So according to this, a relapse is when an addict or alcoholic resumes using a drug or chemical substance (that clever little term) that affect the central nervous system, and have an influence on perception, personality, behavior and other facets of the individual after a period of sobriety. This is all what we can articulate from the strictest definition.

Now as far as a relapse in recovery is concerned, there is much debate on what kind of chemical substances (yes, that stuff you put in your body) should be considered a relapse, and which should be acceptable as a medical necessity or healthy recreational supplements. Sometimes people can be prescribed medications for pain, or for mental health concerns, or for physical growth. While they are being prescribed with the best of intentions, some people say that an individual who takes a substance that alters their mind in any way is relapsing.

Then again, some people would argue that coffee, nicotine, and other things that human beings take into their body on a regular basis could be considered as qualifying for a relapse based on the strictest definition. Some people need to take their medications in order to stay physically and mentally stable and healthy, and others just want to improve on their healthy life-style with supplements. There can be raging debates that go on for days at a time arguing the real meaning of relapse and what either applies or denies some chemical substances to the rule and people will always disagree.

At the end of the day, most would say if you are putting a substance into your body with the intention of altering your mood and mind, if your are knowingly taking a foreign chemical into your body to get high or catch a buzz, it is probably safe to say that it counts as a relapse. You should always consider what kind of effect you’re expecting from the substance, and how it could possibly influence you to the point where you become physically dependent or intoxicated by it.

Recovery counts over relapse any day. If your recovery is strong, and you have a good sober support system built up around you that will help you through these situations, and you have the right kind of mind-state and action applied in your affairs to stick to a program in sobriety, then there are always different opinions. Taking in a chemical substance of any kind that will change your thinking, create a physical or emotional dependence, and that has the potential to make your life unmanageable is dangerous to your recovery.

In all reality addiction and alcoholism is NOT about substances, it is not about the drink or the drug. It is about the person and the thinking, the spiritual and emotional affliction and how we strive to grow and change our coping and our actions to fit our principles. So ask your sponsor or someone who has a decent amount of time clean and sober to share some experience. That is the one of the best ways to get an idea on what counts as a relapse.

Recovery is possible without relapse, and some people want to debate what counts and what does not count as a relapse. What’s more important is- if it is not an absolute necessity then why risk it? Regardless if you relapse or not, what counts is that you do what you must to recover and save your life. If you or someone you love is struggling with substance abuse or addiction, please call toll-free 1-800-777-9588