7 Reasons Women Have a Harder Time Getting Sober Than Men 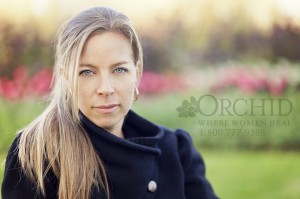 Women are the fastest growing segment for substance abuse and addiction in the United States. When you think about gender and population, women make up a little more than half of the world. Now consider this: addiction affects as many as one in three people. Therefore, you can see that a large population of struggling alcoholics and addicts is comprised of women. And yet, treatment programs are generally filled with more men than women. Why is that?

Here are 7 reasons women have a harder time getting sober than men.

Women are generally seen as caretakers and nurturers, even if they are also bringing home the bacon – as more and more women are entering the professional domain. One of the reasons women have a harder time getting sober than men is that they often feel an obligation to stay home (or not go away to treatment) and take care of her spouse and their children.  When faced with going to rehab in order to get sober, women feel torn and ultimately guilty for leaving their children, for any amount of time. They might also feel pressured by their spouses and extended family to stay and deal with it another way. Lastly, as the nurturing type (and not all women are, necessarily), she often puts everyone else’s needs before her own and is downright fearful of leaving her children (i.e. to go to treatment or to live in a sober living environment).

#2. Treatment is more accessible to men

Although this is changing, typically, there are limited resources available for women, and especially for women with children. Alcoholism, and therefore addiction, was once thought of as a “man’s disease” and so treatment and rehabilitation programs have long been geared towards men.

Women are supposed to be nurturers and therefore be caretakers to others. Then there’s the whole “boys will be boys;” yet there is no equivalent sentiment towards females. So, when it comes to drinking or using other drugs, with men, it’s seen as getting a little out of hand. For women, it’s difficult to even come forward let alone tell your family that you need to go get help that said, it’s much harder for a woman to admit to alcoholism than it is for a man to admit to it. Because of this, the death rate from alcoholism, percentage-wise, in women who have alcoholism is higher than it is in men who have alcoholism.

#4. Drinking and drug use in the suburbs has become normalized

More and more women, especially suburbanites and professional types, turn to wine and other drugs, such as Xanax as a way to cope with the stress of their lifestyle. This has become such a trend that women, and society at large, sees their behavior as an acceptable social activity versus an addiction.

#5. The fear of losing custody of their children

As long as addicts are still vilified, due to negative stereotypes perpetuated by the use of derogatory language, even in court settings (i.e. junkie, crack whore, etc.), women are going to forego treatment because they fear losing custody of their children. In reality, more and more judges have become compassionate towards the mother who is willing to admit she has a problem as well as go to treatment.

#6. Few if no options for women who are pregnant

Therefore the need for treatment will present much quicker and within a smaller window of opportunity. It’s pretty widely known within the field of recovery that women get sicker quicker than men. In fact, there’s something called the “5 to 15” rule in addiction treatment, which is described thusly: when drinking the same amount of alcohol (not including other drugs), it takes a woman usually only five years to develop her disease to the extent that it takes a man, who would reach that same point in as many as 15 years.

Do you find that you need a night cap, every night? Or maybe you just can’t function without those little blue pills. Whatever your drug of choice, there is help available. Call toll-free 1-800-777-9588 to speak directly with an Addiction Specialist day or night. We can answer your questions and share our resources. Remember, you are not alone.