What is an Addict? 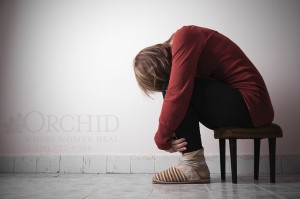 According to popular definitions an addict is loosely referred to as a person who is addicted to a particular substance, typically an illegal drug. Or an addict is informally identified as an enthusiastic devotee of a specified thing or activity. Addiction is typically defined as a continued activity that had adverse consequences with possibility of neurological impairment on the individual leading to repetition of the behavior.

Now even though this definition is a pretty to the point depiction, people in recovery can attest that it feels a little incomplete. There are so many more parts of being an addict, not to mention the prospect of describing an addict in recovery. Here we will take a moment to look at the basic criteria, and let it be clear that these are not all specific requirements, and it is not the intention of the writer to label anyone as an addict. This is just a collective account of experiences attributed to addicts and their lives using and recovering from their addictions.

Now being an addict, most people expect there to be a drug. Now a drug is loosely defined as “a chemical substance that has known biological effects on humans or other animals. More specifically recreational drugs are described as “chemical substances that affect the central nervous system”. Now these definitions are most closely related to narcotics, alcohol and other substances with qualities that cause effects on the mind and on the physical body.

Typically when the word ‘addict’ is brought up, people assume that it is credited to a drug, and they limit that to chemical street drugs. Others do acknowledge alcohol as the most dangerous drug of them all, and others will even say things like ‘food is my drug’.

The reason I point this out is because it should be noted that an addict is not always specifically addicted to a narcotic. Although primarily drugs are the focus of addictions, people can also become addicted to feelings, addicted to behaviors, and even other people depending on how they develop their coping skills and how they moderate these elements of their lives. But harmful substances people use to get intoxicated are a serious concern and put lives at risk every day.

What set an addict apart from someone who uses drugs recreationally is the individuals perception, personality and behavior. An addict is someone who develops a physiological dependence, a physical tolerance and withdrawal symptoms, and who comes to rely on a substance or activity to feel normal. It becomes the only coping mechanism they have. An addict will abandon oneself to something compulsively or obsessively to the point where it affects every element of their life, and they no longer have control over how much they use or when to stop using.

As addicts people lose themselves in their self-destructive life-style in some facet to the point where a life without their substance (or compulsive behavior) seems impossible. The addiction becomes the only thing that keeps the individual grounded, and the only thing that they believe they can turn to in the face of stressful or painful situations. Addiction quickly takes root and grows in the mind to the point where it over-rules other important parts of the person’s life and personality.

Addiction also leads people to do things they normally would not. Lying to family members and friends, stealing from our loved ones, getting in legal trouble or conflict with our work-place are all things that can crop up in active addiction. Not everyone is affected the same however. You do not have to be living on the street, stealing from people, getting arrested or losing jobs to be an addict! These are just common incidents that happen to many addicts, but they are not the necessary qualifications. The qualification is primarily the attitude and the desperation.

Not everyone who admits they are an addict is someone who is actively using drugs and hurting people. Some people who say they are an ‘addict’ are relating to their past drug use and their self-awareness of the extremes and circumstances they’ve been through.

Addicts in recovery are people who have ceased using drugs, alcohol, or whatever they were addicted to for solving their problems or getting through life. They work actively on a program of recovery that not only helps prevent them from using, but it also allows them to reach out to others like them, and to become generally better people who contribute to society.

Addicts in recovery who have some sort of solution, or are commonly referred to as ‘clean’ or ‘sober’, are amazing individuals who have experienced the ugly side of addiction, and presently establish new coping skills and relationships every day to change the quality of life for themselves and countless others. So you may have an expectation of what an addict is, someone dirty and criminal, homeless or poor, this is not at all the only kind of addict there is. Addicts can also be who you least expect it, and if they are in recovery, they could be a more incredible person than you imagined.

Being addict is far more complicated than people may think, and it does not always require the characteristics people expect. One thing is for certain, any addict has the same chance of recovery if they are willing to take the necessary steps to save their lives. If you or someone you love is struggling with substance abuse or addiction, please call toll-free 1-800-777-9588