Addiction and Self-Harm: What’s the Connection? 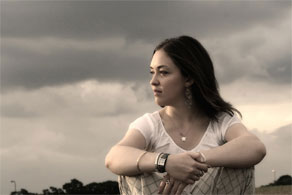 Self-harm, or self-injury, is a type of harm that a person purposely inflicts on their own body. This harm can come in a number of different forms. While to some self-injury seems hard to understand, for those who practice self-injury, it can be a difficult habit to break. Self-injury may be used as a form of coping or as a way of relieving a feeling of numbness. Most of the time, those who self-injure do not know how to express their feelings. Due to this problem, they deal with any extreme emotions by inflicting harm on their body.

A person who self-injures typically experiences a number of other problems as well. Eating disorders and alcohol and drug addiction are two common issues dealt with by those who self-injure.

Drug Use and Self-Harm

Excessive alcohol or drug use and self-harm seem to go hand-in-hand. Substance misuse, dependence and withdrawal are associated with self-harm.

There are two ways to look at the connection between addiction and self-harm. The first is the tendency of those who do self-harm or self-injury to use drugs. People who harm themselves often do so while under the influence of alcohol or illegal drugs.

Specific substances have found to be used in connection to cases of self-harm. For example, benzodiazepine dependence as well as benzodiazepine withdrawal is associated with self-harming behavior in young people. Another example is that of alcohol, which has been found to be a major risk factor for self-harm.  A study which analyzed self-harm cases of those going to emergency rooms in Northern Ireland found that alcohol was a major contributing factor and involved in 63.8% of self-harm cases.

This leads to the second way in which addiction is related to self-harm. Abuse of alcohol or drugs are common problems among those who self-injure. Each of these problems can be equally damaging to a person’s physical and psychological body. People who have dealt with self-harm issues have likened it to drug addiction. It is a behavior that comforts them and one that cannot stop doing, even when they want to or when faced with consequences related to their self-injurious behavior.

Treatment for Addiction and Self-Harm

Attending a rehab facility is an important step toward recovery from any of these problems. Drug treatment at a drug rehab facility or alcohol rehabilitation center can transform the life of someone with an addiction. Some treatment centers will also provide help for a person who self-injures since this may be a secondary condition. This goes for those who suffer with eating disorders. The similarities between addiction, self-harm and eating disorders are quite strong when looking at the underlying problems of each.

Trends on Addiction and Self-Harm

If you or someone you love is struggling with addiction and/or self-harm behaviors, please call toll free 1-888-672-4435