How Cops Helping Addicts are Changing the Conversation on Addiction 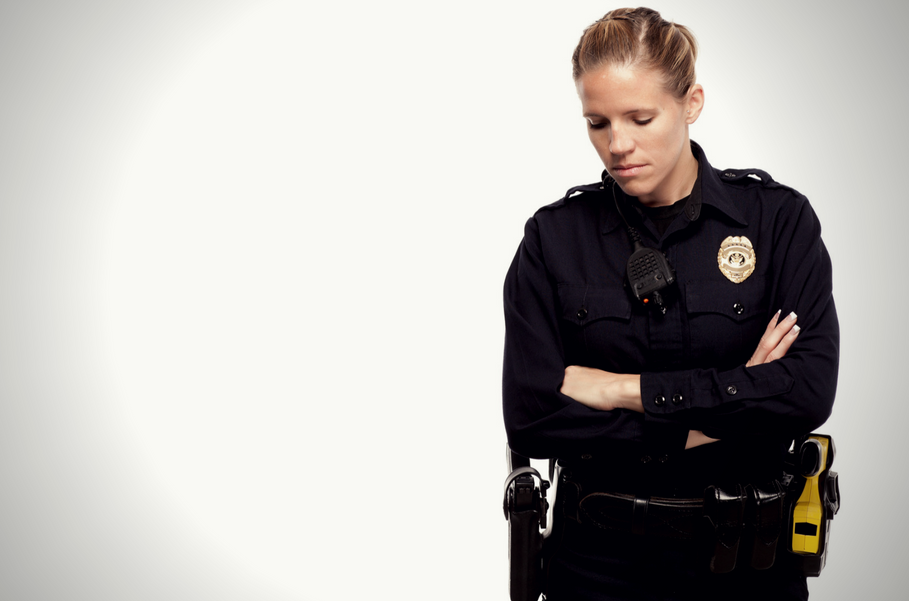 On June 29th, 2018, the Police Assisted Addiction and Recovery Initiative (PAARI) organization celebrated its third year anniversary. That week, representatives from some of the more than 400 PAARI law enforcement partners joined public health officials and government leaders to honor the work the PAARI programs have done all over the nation to change the way we talk about addiction.

Ever since the groundbreaking ANGEL Initiative in Gloucester, Massachusetts was founded in 2015, the PAARI organization has worked all over the country by treating addiction as a disease that deserves compassion instead of a moral failing that deserves punishment. In that year, the Gloucester police department alone helped more than 400 people get into treatment. Ever since there is no telling how many addicts have been helped through these programs.

The initiative believes in the collective vision where pre-arrest, treatment-first programs become standard policing practice all over America. Over time, more and more programs are being added, and looking at the number of law enforcement partners working with the PAARI program it is truly amazing to see how many police departments are committed to changing the way addiction is addressed by police officers. The following are just a few examples of cops helping addicts in different neighborhoods.

Let’s look at some of the programs that have adopted this new approach to supporting their suffering neighbors instead of trying to punish their way out of the problem. There are several great examples of cops helping addicts all over the country.

Dover Police Department modeled their program after Gloucester’s ANGEL program. They encourage residents seeking to overcome addiction to simply walk into the police station and ask for help. They offer a place to turn in drugs and paraphernalia without fear of criminal charges and assign a trained volunteer to help them. Regardless of financial means, anyone seeking help can get help finding a treatment program.

Chatham Cares 4 U in New York

The police department in Chathman, New York teamed up with PAARI a couple years ago to launch the Chatham Cares 4 U Outreach Initiative Program. Here, cops helping addicts are also offering assistance with finding appropriate addiction treatment options. They also offer a safe and risk-free location to turn over drugs and paraphernalia.

The quick success of Chatham Cares 4 U inspired many other police departments in New York to develop their own addiction recovery initiatives in their communities. Chathman Police Chief Volkmann also travels around New York to speak to police departments and other organizations about the program, hoping to inspire other cops helping addicts to get the care they need.

The Safe Passage program was also started years ago by the Police Department of Dixon, Illinois. Since then it has extended to a few other counties. The program in Dixon has helped place over 170 people into treatment. Last year Police Chief Danny Langloss reported more than half of those who got access to treatment through the program have had success after rehab.

Chief Langloss claims that in 2016, misdemeanor and felony drug arrests dropped by 39%, giving much of the credit to their program of cops helping addicts.

The Blue Guardian program was launched in February of 2018 to address the issue of skyrocketing overdose deaths in one area of Pennsylvania. This program aims to reduce overdose deaths by bringing police officers and recovery specialists to those who need addiction treatment in the area.

Two or three days after an individual experiences an overdose, police officers will make a house call, accompanied by addiction specialists, hoping to convince the individual to enter a treatment program. Blue Guardian also offers family support for an addict’s loved ones. Some officials close to the program believe it could be an outline for future programs across the state.

A Way Out in Lake County, Illinois

Seven police departments in Lake County came together for cops helping addicts into treatment through a program they are calling A Way Out.  This innovative approach accepts participants no matter where they live. According to Mundelein Police Chief Eric Guenther, some families have brought their loved ones from different states to get access to treatment. Sometimes individuals with criminal charges are fortunate enough to have their warrants waived to enter the program.

Potential partnerships can walk into any participating agency 24 hours a day, seven days a week, including holidays. Once some arrive, a police representative meets with them and/or loved ones help guide them through the process of seeking treatment. A Way Out also allows people to turn in drugs and paraphernalia.

Cops helping addicts in California, the Anaheim Police Department also offer free treatment to those who ask for help. Part of this PAARI program is the offer to receive the Naltrexone implant, which is designed to block the effects of opioids and alcohol in the brain.

In Anaheim, officials acknowledge that they cannot arrest away addiction, and not every method of treatment works for everyone. Hopefully, with harm reduction and eliminating the fear of asking for assistance, more people will come forward.

In Nashville, North Carolina the Police Department started an initiative called HOPE, modeled after the Gloucester Police Department’s program. Since it launched back in February of 2016, about 172 people from multiple states have sought treatment through HOPE.

Again, police notice a profound impact on their community. Law enforcement officials credit a 40% drop in crimes related to substance use disorder to the HOPE program.

It isn’t just cops helping addicts, but other emergency personnel such as firefighters.

In Maryland, there is a widespread effort to create effective PAARI programs. The Safe Stations program includes a collective effort from:

to offer help to drug users in their area. The Safe Stations program opened the doors to the combined 38 stations for individuals seeking help with their addiction. Safe Stations was the first of its kind in Maryland. Their locations stayed open 24 hours a day, 365 days a year to people needing help.

In just the few months it has been open, this initiative of police helping addicts into treatment has already placed over 18 people into treatment.

On February 21, 2018, members of the PAARI wrote an open letter to Kellyanne Conway regarding ONDCP funding and programs. At the time, the group presented itself as an organization comprised of more than 375 police chiefs in 32 states. Kellyanne Conway was appointed by President Trump as the head of his administration’s efforts to combat the opioid crisis. Not long after, PAARI members made sure to voice their support of Office of National Drug Control Policy (ONDCP).

Earlier in the year, President Trump had made the proposal to shift nearly all of the ONDCP’s budget of $340 million to the Department of Justice. The organization of cops helping addicts said that they believed this action would limit the policy influence and access that police chiefs critically needed in a time of crisis with the opioid epidemic. The letter states that ONDCP was an early champion and primary partners of PAARI and that the organization hoped the administration would not strip the organization of its power to help law enforcement leaders at the local level. In fact, the PAARI letter also states that they hoped for the administration to expand ONDCP programs, including the widespread distribution of naloxone.

At the time of the letter, PAARI had distributed over 10,000 doses of nasal naloxone to families and first responders. This is a huge help in combating heroin overdose. PAARI sees cops helping addicts every day on the front lines of a continuous battle against addiction and overdose death.

The opioid crisis can seem grim at times, and more often than not for some. Still, it is always refreshing to remember there is hope in the compassion of good people. The work that first responders are doing every day to make treatment possible for some many people is truly inspiring. After three years, countless lives have been changed for the better thanks to cops helping addicts in American communities.

Whether we see in on the news, in the paper, or on viral videos, there are cops helping addicts every day to get the holistic treatment they need. Hopefully, as more people understand the disease of addiction, we will see PAARI programs in every police department. Honestly, the impact on fighting stigma alone is incredible.

Now consider the thousands of moments every day all over America where first responders are helping someone struggling with addiction. Sometimes it is in the smallest ways. Every day the men and women who dedicate their lives to serving their communities are helping those suffering, whether we notice or not.

For women, there are a lot of unique adversities to face when trying to seek addiction treatment. That is why a unique approach to treatment can be so powerful for women trying to recover. The Orchid Recovery Center specializes in the specific needs of women, and the challenges they face. If you or someone you love is struggling, please call toll-free 1-800-777-9588 now. We want to help.