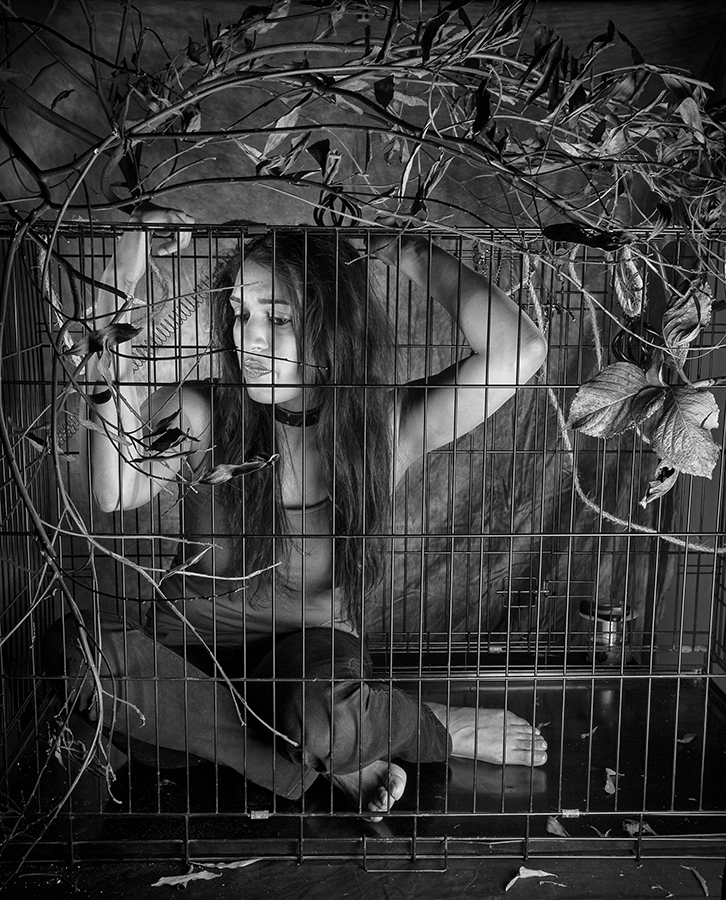 Emotional abuse may not leave visible signs like physical abuse can, but it’s just as damaging to one’s psyche – if not more so. If you’re in an intense relationship, you might be thinking, “Oh, they just really, really care about me.” But, if any of these 6 signs of emotional abuse pop up, it’s time to rethink the relationship.

This one’s a tough-y because we all know about the “honeymoon phase” of a new relationship. You know, when you first meet and decide you really like each other and only want to spend all of your time together, despite promising your friends that you will not let that happen.

This is a hard one to identify as a possible sign of emotional abuse. The reason is a.) You want to spend a lot of time with them, too, and b.) They will do a good job convincing you that you should be spending all of your time with them.

Abusers tend to be extremely charismatic and are really good about showering you with compliments, making it easy to want to stick around because, who doesn’t like to have their ego stroked? In this intense honeymoon period, abusers are quick to establish a pattern of dependency through which the other partner begins to rely on the abuser’s opinions and habits, basically molding their own character and sense of worthiness by their abuser’s standards. Basically, it becomes an issue of where one person ends and the other begins.

Also common at this time – early on – is for the abuser to suggest taking “big steps” in the relationship like moving in together, taking trips alone or even sharing financial resources, like having a joint bank account. These “suggestions” from an abuser are attempts to control your actions, decisions and even whereabouts, so that when you do decide to leave, your options for leaving are limited.

Abusers need to maintain the upper hand when it comes to power in the relationship in order to be able to carry out the abuse. To do that, the abuser needs to make their partner feel isolated in every way.

This goes beyond physical isolation and can show up as threats of being alone if you ever leave, verbal manipulation, such as talking badly about people in your support network that you love and trust, and scolding you for talking about your relationship (and its problems) with those you love.

So many times, I hear friends saying that their partner just loves them so much and that’s why they act jealous when you’re out in public and someone checks you out, for example. I’ve been guilty of this in the past, too. But, it’s not love. If your partner can’t handle you being your own person, then there’s a problem.

Being extremely jealous does not translate to love. It’s really a byproduct of the abuser’s extreme insecurities. And that should not be your problem.

If your partner – the abuser – makes it a habit of looking through your phone, demands that you tell him about past relationships, especially past sexual partners, and controls what you wear because it might be “too revealing,” these are all red flags of an emotional abuser.

Another common aspect to the emotional abuser with jealousy issues is that they will constantly make up stories about you cheating on them. I dated a man that had a problem – put lightly – that I worked and would often accuse me of sleeping with my coworkers.

Abusers think of their partner as merely an extension of themselves rather than their own, autonomous person and therefore don’t consider your own opinions, beliefs, dreams, and aspirations.

Emotional abusers tend to talk down to their partners, making them believe that their wants are stupid and pale in comparison to the abuser’s wants.

The crazy thing about abusers is that they rarely realize that they are just that – abusive people, and so they never change or stop their patterns of abuse. Instead, they think of themselves as the victim. They always view life through this ‘victim’ lens, which becomes apparent in how they view and talk about their exes, family members, friends, etc. They might say things like, “I only attract crazy people.”

Therefore, whenever conflict arises in the relationship, they will only see you as wronging them and rarely apologize, themselves. In fact, they will expect you to apologize for some perceived ‘wrong’ you did them.

Abusers tend to latch onto people with ‘bleeding hearts’ or a savior complex, and they will even allow their partner to “fix” them. The reason for this is two-fold: to convince their partners that they’re the only one who truly understands them, and to use them as an emotional hostage, “you’re supposed to be there for me no matter what.” This usually happens towards the end of the relationship.

If you try counseling and they make all the excuses in the world as to why they can’t/don’t need it, this should be an indication that your abuser is someone who would rather just find someone new who hasn’t figured out their game in order to start the cycle of abuse over with them rather than being a person who recognizes that they have inner demons and want to truly work through them to be healthy and well-adjusted.

Codependency is common among relationships in which one or both partners has a substance use disorder. If you or someone you love is struggling with substance abuse or addiction, please call toll-free 1-800-777-9588 to speak with an Addiction Specialist today.