3 Things You Don’t Say to People with Depression 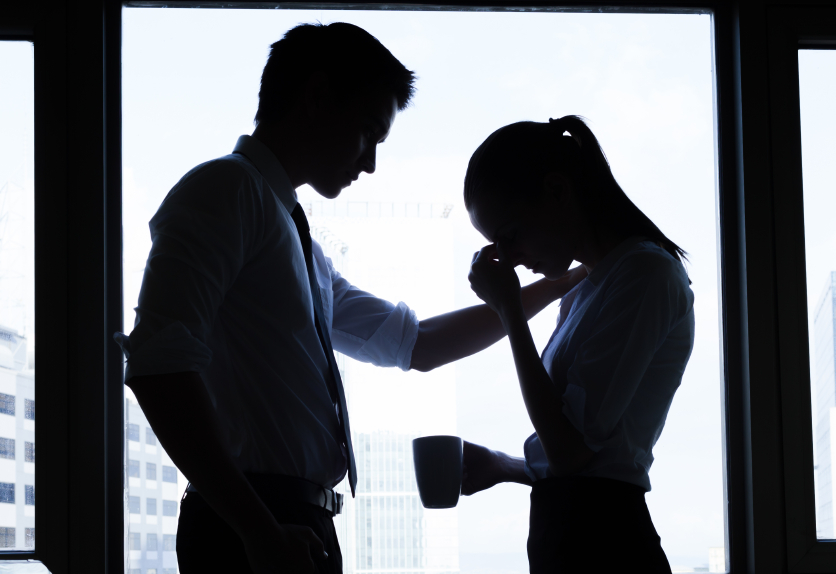 Sometimes we can all get a little depressed. Sadness is part of that variety they talk about when they say ‘spice of life’ and it is what makes the good times seem so much better. But there is a difference between being a little down and struggling with a more serious side of depression.

I personally have dealt with depression, and I have known many friends and even coworkers who suffered from severe depression, so I can honestly understand why so many people don’t know how to approach people with depression. It is difficult to try and figure out what to say and how to help, or at the very least be supportive.

Clinical usage of the term depression actually refers to an illness. Depression is a debilitating and relatively common mental health condition affecting almost 15 million adult Americans. Depression interacts with a mass of external factors, such as:

To be helpful to loved ones who struggle with episodes of depression means trying to have a better understanding and awareness of what it actually means to be depressed. Stigma tells us it is a weakness or a moral inadequacy, but in reality it is so much more.

Here are 3 things you don’t say to people with depression. The big reason we look at these 3 is because sometimes these 3 things may seem helpful, but a lot of times this isn’t the case.

In our society today many people thrive off the ideals of self-motivation and taking new action for positive improvement, so our instinctual reaction is often to tell someone to get up and do something about it.

Take life by the horns, seize the day and what-not.

This attitude is not necessarily a bad one for most people, and it makes sense to react like this, but for people with depression it may feel even more miserable to hear this. They want more than anything to “get over it,” but they can’t.

In depression peoples energy levels and ambitions can hit rock-bottoms naturally. Yes, taking action can be a great thing, but to just say it as if its so easy to do to someone who is depressed may make them feel worse for not being able to immediately rise to the challenge.

Depression isn’t as easy as flipping a switch and deciding not to be depressed; it causes your mind to focus on negativity and not-so-happy thoughts.

True, some forms of therapy can gradually support people to reality-test these kinds of negative obsessions with a kind of therapy based on achieving balanced perceptions of the world around you and accepting the good with the bad. But it is not an instinctive or instantaneous practice.

Telling someone to fake it isn’t always as productive as we might hope. Focusing only on artificial happiness can actually be discouraging for someone who isn’t able to feel it authentically.

There is no quick fix for depression, and to create an expectation that there is will only reinforce feelings of hopelessness and self-attack.

Of course when I’ve been depressed I’ve tried to think of starving children in Africa who live in absolute poverty while civil wars destroy their homes, or of homeless people here in America who go hungry and suffer from all types of sickness on the streets. In comparison to these tragic and devastating realities of course my life doesn’t look so bad, we can always easily say someone else out there has it worse…

That isn’t the point!

Depression is a self-contained, inward state for those who suffer. Often perfectionism and harshness toward the self accompany depression, and it is more about one’s own inadequacies.

So it is a mistake to assume the cycle of self-punishment in a depressed mind is so easily alleviated, because at the end of the day sometimes it isn’t about your life being a bad one, it is just about not wanting to live it, or not knowing how to.

I know when I was depressed it wasn’t because I thought I had the worst life. I was just sick of waking up, exhausted with every aspect of my life, and felt utterly unfulfilled in the things that used to make me the most happy.

The strategy of comparing can imply depressed individuals are being ungrateful or selfish, which only feeds into the cycle of self-degradation. Sure, tons of people have it worse than me… but I still have to be me, even if I don’t want to.

Because of the common misconceptions and misguided impressions of depression, someone who struggles with being depressed can feel like the loneliest place in the world. Sometimes people say things out of their own unease and concern with every intention of being helpful, but without a fundamental understanding of the true nature of depression.

The best way to help is to reassure them their condition is an illness, assure them their depression can be treated, and provide unconditional support and resources. The best we can do for the ones we care about who suffer is to avoid stigma or self-righteousness, accepting their process and support them. If you or someone you love is struggling with substance abuse or addiction, please call toll-free 1-800-777-9588.