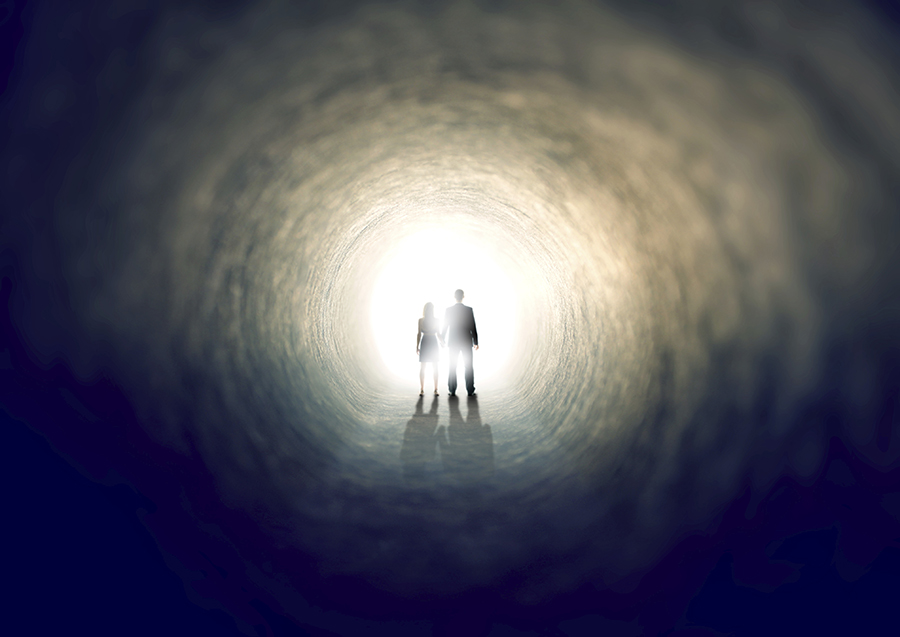 Sometimes the old sayings are true: “Water seeks its own level” or “misery loves company” may have some realistic effect on our lives and our relationships. We do have a tendency to surround ourselves with like-minded people, and some of us are easily influenced by the emotions of others. But, is depression contagious?

Sometimes when someone we love is sad, it makes us sad. Sometimes when we are suffering the people around us suffer. But does that mean that our happiness can be drained away by someone else’s depression?

According to new research led by the University of Warwick having a friend or loved one who suffers from depression doesn’t affect the mental health of others. That’s the good news. The better news is that happiness can be a lot more contagious than sadness!

I get by with a little help from my friends…

Our friends are often the only ones who can pull us out of a funk. The strongest bonds to the people closest to us can sometimes be the only thing holding us together when we feel like falling apart. I have found this to be true time and time again, especially in my life of recovery.

The data seems to support this concept, as the researchers involved in the study found that having friends and spending time with them can actually help teenagers recover from their depression, or even help them avoid becoming depressed at all.

The study noted the way teenagers in a group of US high schools influenced each other’s’ mood, using a mathematical model to establish if depression spreads from friend to friend, testing the idea of the company we keep as impacting our ability to find happiness and purpose in our lives.

Professor Frances Griffiths, head of social science and systems in health at Warwick Medical School, University of Warwick, recognized in a statement that depression is a major public health concern all across the globe, but was excited to find that a healthy mood among friends is linked to significant reduction in risk of depression. Griffiths said:

“Our results offer implications for improving adolescent mood. In particular they suggest the hypothesis that encouraging friendship networks between adolescents could reduce both the incidence and prevalence of depression among teenagers.”

So friendship and peer support seems to do a lot more healing than harm when it comes to those who suffer with depression.

The company that we keep…

The study came to its conclusions by using data from The National Longitudinal Study of Adolescent to Adult Health. Examining over 2,000 adolescents in a network of US high school students the researchers surveyed how their mood influenced each other.

Individuals were classified by 2 groups:

These were separated according to the score cut-off associated with a clinical diagnosis of depression. The data they collected showed over a 12 month period:

The lead author of the research paper for this study is University of Warwick mathematics researcher Edward Hill, who said:

“In the context of depression, this is a very large effect size. Changing risk by a factor of two is unusual.

“Our results suggest that promotion of any friendship between adolescents can reduce depression since having depressed friends does not put them at risk, but having healthy friends is both protective and curative.”

Then there are some other social factors that weigh in on depression such as:

Social support has been commonly cited as important for recovery from depression. Having an outlet to express ourselves and share our baggage with makes the burden easier to carry.

This study is unique because it looks at the effect of being friends with people on the likelihood of developing depression or recovering from it.

Another author of the paper, Dr Thomas House senior lecturer in applied mathematics from the University of Manchester said this concept offers up the possibility that we could significantly reduce the burden of depression through cheap, low-risk social interventions.

By establishing and developing more friendships, young people have more chances of reducing their risks of depression, and even combating the effects of their depression. Friendship can literally save a life.

Human support and interaction can change everything for someone who feels like they have nothing, and we can all put ourselves in a better position for our own mental health, and for the mental health of others. If you or someone you love is struggling with substance abuse or addiction, please call toll-free 1-800-777-9588