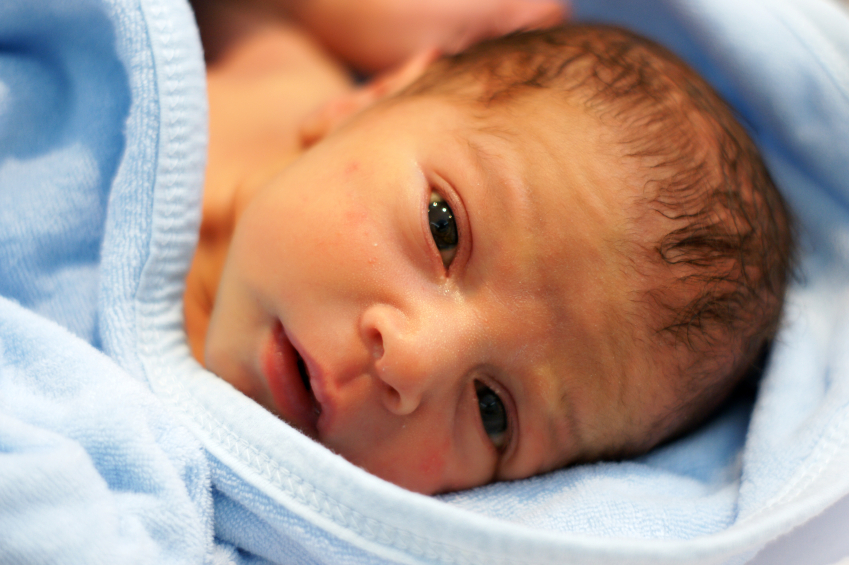 Recently, I wrote an article about how states like Ohio are pushing for treatment, rather than criminalization, in order to decrease the staggering amount of babies being born with drug addictions.

Now, a new statistic just came out that revealed the number of drug addicted babies born in the US has QUADRUPLED in just one decade.

The study, published in the New England Journal of Medicine, tracked the amount of births since 2004 and released the alarming numbers.

Research reveals every 25 minutes, a baby is born suffering from extreme withdrawal symptoms from their mothers drug use throughout pregnancy. As the opiate epidemic continues to spread hard around the country, it has resulted in the rise of drug-addicted babies. According to a CDC report, the rise is most prevalent among high income mothers.

It’s hard to imagine an infant battling the symptoms of withdrawal from heroin: tremors, diarrhea, sleeplessness, joint stiffness, convulsions and difficulty eating among many others. These symptoms are challenging for even adults to tackle better yet a newborn.  Often the cries of the newborns are so tense and the pain so severe, doctors are forced to mix their breast milk with morphine.

Even more concerning, it is taking longer than it has before to wean babies off drugs like heroin and mephedrone. Babies spend the first few weeks of life—typically 19 days, receiving intense rehabilitation treatments and the effects can even imprint on their DNA.

Neonatal Abstinence Syndrome (NAS) is the official name for the series of health issues that occur when a baby is born exposed to addictive opiate drugs while in the mother’s womb. The exact symptoms a newborn will experience from the drug addict vary making it complicated for physicians to treat.

Often symptoms begin 1-3 days after birth. There are many other conditions that produce the same symptoms as neonatal abstinence syndrome but often doctors ask the mother about their drug use. The diagnosis is then confirmed through testing the newborn’s urine or the toxicology of the first bowel movement.

The neonatal abstinence scoring system assigns points to each symptom and the severity. The score helps determines the right treatment plan. NAS is a preventable illness that occurs when drugs passes from the mother’s blood stream through the placenta to the fetus. At birth, the baby’s dependence on the substance continue however since the drug is no longer available, the baby’s central nervous system becomes overstimulated causing the withdrawal symptoms.

The Cost of Care

The average cost to treat a baby going through withdrawal is approximately $53,000 in the United States. This compares to $1000 to $2000 for a normal newborn. Each newborn must be weaned slowly and carefully monitored to avoid a devastating seizure that could have lifelong consequence.

Each newborn must be weaned slowly and monitored carefully around the clock, with one paramount goal: avoiding a devastating seizure that could have lifelong consequences.

In 2009, it was shown to cost the United States $720 million to treat NAS syndrome. Since the opiate epidemic is reaching epic proportions, it is believed costs have soared to over $1 billion per year.

New treatment programs for NAS standardize the process for newborns to get treated for symptoms and have lowered the cost of treatment. The hope is that the quality of treatment is not sacrificed by these new methods.  The mean length of stay decreased from 18.2 days to 13.6 days per person and transfers between departments decreased from 2.1 to 1.5. In the hospital who tested these new procedures, the cost per patient decreased from a mean of $20,225 to $11,318.

Efforts have been made to require universal screening for drug use during pregnancy; however it is not a standard practice. In the future, other treatment options are being used to prevent NAS from occurring in drug addiction pregnancies.

In addition, many states have expanded their civil-welfare requirements to include substance abuse during pregnancy as ground for terminating parental rights as a form of child abuse and neglect. In Tennessee, women are offered a choice: jail or rehab program.
As the opiate addiction epidemic continues to generate national attention, hopefully more attention will be placed on the innocent victims of drug addiction: babies. Doctors are just beginning to study the long-term effects of babies born with opiate addictions so only time will tell. If you or someone you love is struggling with substance abuse or addiction, please call toll-free 1-800-777-9588.