Unlocking the 4 Most Common Addiction Myths 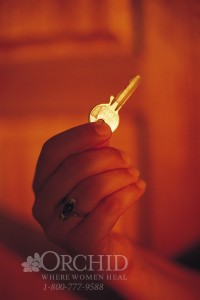 From the “Just Say No” campaign of the Reagan years to the DARE program to today’s Dr. Drew’s Celebrity Rehab, there has been a long-standing misunderstanding about just what the nature of addiction is: from a moral failing to a lack of willpower – these ideas go unchecked, simply because they are so common that they seem to be accepted as fact.

However, most of what we think we know is at least in part incorrect or based more on myth than on fact or completely removed from reality, altogether. And because we have accepted many of these addiction myths as fact, they are continually repeated.

Unlocking the 4 Most Common Addiction Myths

This I something you’ll hear around the rooms of 12-step programs, where the widely-accepted definition of addiction is that it is a chronic, relapsing disorder.

And yet, research that follows heavy drinkers and drug users over time finds that a majority of people who, at some point, met the criteria of the definition of addiction no longer do so later in life. Moreover, most have recovered without attending meetings or going to treatment.

Furthermore, contrary to the popular belief “in the rooms,” many of these people were able to resolve their drinking or drug problem by way of moderation instead of complete abstinence. For example, some former heroin addicts are able to drink alcohol without risk of becoming alcoholics while others are able to smoke marijuana from time to time.

When this happens, the generally-accepted explanation among 12-steppers is that they must not have been “real addicts” in the first place.  Truly, the course of any particular person’s addiction and recovery is entirely unpredictable.

Which brings us to the next most common addiction myth, that…

Another addiction myth is that there’s only one way to recover. In fact, people recover in different ways and on different timetables. Everyone’s journey is their own.

This is a rather strange position to be in – as a person who has recovered, there’d be a tendency to tout that my way is what works – for everyone – and therefore advocating against my own experience as a sort of expert on the topic. But the reality is that the way that works for me in my recovery from addiction doesn’t make me an expert on everyone else’s recovery.

Similarly, many people believe that recovery is only possible once an addict reaches their “rock bottom” – the figurative lowest point of self-destruction. Oftentimes, people in 12 step meetings share about “bottoming out” and how that “brought them to their knees,” making recovery possible. However, just like the idea that “real addicts” can never use in moderation (because then they must not have been true addicts), the concept of the “bottom” can only be perceived retrospectively, however hellish it can when you’re actually experiencing these lows.

And the data on recovery reveal that many people actually don’t quit when their problem is at its worst because intense stress, itself, such as that associated with a bottom is a common factor in ongoing use and addiction. As it turns out, hope and a sense of possibility—rather than fear—are what tend to bring about change, at least as often, and possibly more frequently than so-called bottoms.

Which then brings us to this next addiction myth…

The addiction myth that a dose of tough love – making the lives of addicts tougher by cutting them off financially and socially – can be a catalyst for them “hitting bottom” pervades much of our treatment and drug policy. The assumption that addicts need tough love is so common in popular culture that we never bother to question its validity. Thus we insist on treating addicts harshly and then justify this harshness as “help.”

Yet, there is actual proof that tough love often causes harm rather than helps. For example, Kurt Cobain committed suicide after an intervention during which he was confronted about his addiction. Another example, Terry McGovern, daughter of a former senator and presidential candidate, was found dead in a snow bank after her parents drove away from her when she was intoxicated, presumably because they were fed up of her alcoholism.

But, we tend to ignore the possibility of such dire and negative consequences of tough love. We think that the tough approach works because we are continually exposed to the claim that it does, when, in fact, studies show that a more gentle, loving approach that doesn’t risk forcing people into more extreme behaviors (such as kicking someone out only to have them resort to living on the streets) have been shown to be more effective at getting people help.

Are you using alcohol and/or other drugs and concerned that you may be unable to stop? Are you unsure of what substance abuse or addiction is? Do you think you might need help for your drug use? Addiction Specialists are available around the clock to answer your questions and to tell you about options for help. Call toll-free 1-800-777-9588.