Sexual Harassment on the Menu in Service Industry 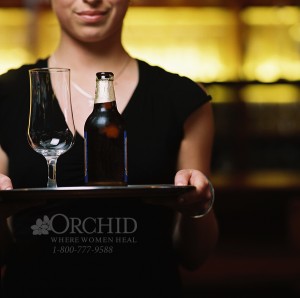 The food service industry is not the only place that you can see sexual harassment showing up for every shift, but it is probably one of the occupations that sees it the most, and like clock-work there are excuses made as to why waitresses should dress to impress, and are suggested to seduce in order to make the pay grade.

Some waitresses and bar-tenders are familiar with the term ‘date-ready’ as being used to describe in some circumstances the way that many waitresses are expected to dress and put together their appearance for their shift. Not to be professional, but to be ‘presentable’ for the clientele.

It may not sound so bad at first, but many of the women who are familiar with this kind of expectation understand that it is not exactly ‘classy’. A ‘date ready’ outfit can be as simple as the usual nightly restaurant uniform of shorts and a tank top, which in all honesty is not exactly a typical nine-to-five work outfit, or even what most women have said they would wear on a date to begin with.

Why are waitresses being suggested to have themselves put together this way? Well that is easy, it is so they can appease the customers; they are the “dates” for the night. Many customers will come into a bar or establishment for the way a woman looks and talks, for the ambience as much as for the drinks.

The bigger problem is the waitress typically comes to depend on this strategy, because those tips from these kinds of men pay the rent and bills. With most waitresses at an hourly pay of somewhere around $2.13, the taxes alone will strip her of that portion of her earnings. Tips are the reason that women are put in a position to put up with sexual harassment in their workplaces. Sexual harassment does not help them feel better about themselves.

It Pays to be Pretty

The prettier the person, the more money they make. Almost anyone who works in the industry can relate to that correlation. The more appealing the customer perceives you as, the more money you are going to make off of them because you are going to generate more revenue in sales. Management can notice the trend, and they encourage that in any way they can. While doing it in the most round-about way possible to avoid the red-tape, they will manipulate the system to demand a more demeaning dress code for women.

According to a report from the Restaurant Opportunities Centers United:

Other findings in regards to how women in the restaurant industry are treated show that:

However The National Restaurant Association (referred to as NRA among restaurant worker advocates) dismisses these findings. Katie Laning Niebaum, vice-president of communications at the NRA openly attempted to belittle this statistic in a statement,

“These recycled attacks are part of a national, multimillion-dollar campaign engineered, organized and funded by national labor unions and their allies seeking to disparage an industry that has no barrier to entry and no limit to what employees can achieve.”

Sexual harassment is very real for many women in the industry. Despite the NRA’s dismissal of the claims made by the study, many women across the board still attest to being victimized where they go to support themselves and their families.

Afraid to Fight Back

A third of restaurant workers said that they did not report sexual harassment from their co-workers and their managements because they feared their shifts would get worse. Worse shifts mean worse tips, which mean a lower pay check at the end of the week. So women who are experiencing even traumatizing sexual harassment often do not speak up about it because they are afraid to fight back, knowing that it may do them more harm than good.

It is a common problem and horrendous oversight that management will frequently write off sexual harassment as someone ‘blowing off steam’ or just harmless flirting, but in reality the issue is much more serious, especially when management suggests a more flirtatious environment to drive up sales.

Many individuals who are familiar with the way the restaurant system works believe that by increasing the minimum tipped wage and reducing restaurants workers’ dependence on tips, the government can actually make a huge difference in how to address this issue of sexual harassment for waitresses and servers in the business.

One way or another, this kind of expectation of service with a sexually stimulating smile needs to be shattered. Women everywhere are faced with several styles of harassment, so to be dependent on it in a vicious cycle of paying the bills by getting exploited is too much to let slide for so long, and the trauma often creates new and even more severe issues with substances and mental health. If you or someone you love is struggling with substance abuse or addiction, please call toll-free 1-800-777-9588