Snitches Get Stitches: Why you shouldn’t keep negative contracts 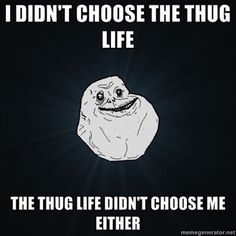 In treatment, I was rooming with a guy through detox and the inpatient residential program. He ended up getting together with another patient who worked up a plan to sneak drugs into the facility. I had no idea until it was too late, and that night a hand full of people were discharged for being under the influence. My roommate and I had got into a dispute right before it happened because I suspected he was high, and apparently they had several other people who were involved in purchasing and using in the facility.

A few days later, a few of the people who had left together showed up in the detox center, and said they had all been staying at a hotel using. The one I spoke to said slowly but surely everyone had left all but one behind after a few had robbed him, and he overdosed and died alone in that room.

For me this experience is important. We have all probably seen and felt the damage a death from using and drinking can have. I know personally there was a lot of death during my active addiction. So we are fully aware that this disease KILLS us. We don’t need to be told. It should be painfully clear, especially to anyone in recovery. So when we choose to come to a place of healing, when we give up on that life and come to treatment, we are trying to save our lives!

I will be the first to say I had a hard enough time out on the street. There’s obviously clear cut code not to ‘snitch’ on anyone, especially when you sell or buy drugs on a regular basis. A lot of us have dealt with the consequences of our wrongs due to being ‘snitched’ on. However, in the case of recovery it is necessary to understand there is no such thing! There is no ‘snitch’ or ‘rat’ in recovery. If you are anything like me, you got sober out of desperation. I did not want to die selling and using drugs, and I did not want my loved ones to either, so I made a choice.

In treatment, or a sober living house, or even on a regular basis living in recovery there will be times when people do not hold themselves accountable. Some people do not want to relapse alone, so they take others out to use with them. They have no problem damaging or risking the lives of others to feel a little better about their choice. The problem is, if you do not want to use you are expected to keep quiet while they enlist or influence others. You are now being forced to carry a Negative Contract- which is when you know someone is doing something that will negatively affect them or others but do not inform anyone. Negative contracts are not only affecting you, they can affect everyone in your treatment center, halfway house, or home.

Lives are at Risk

If you are put in position to be part of a negative contract, of course you have to deal with the situation depending on the circumstance. However, there is NO logical reason to over-look someone using drugs, drinking, or selling drugs in a place where people go when they must change their lives, or die. It is a place to safely recover from active addiction, while trying to change your mentality and learn how to cope and maintain your life without substance abuse. You should never at any time be expected to keep negative contracts, or to be singled out for doing so. If you don’t feel comfortable telling a staff member at your rehab or sober living house, than tell someone you know will. Remember that people die every day from the diseases of addiction and/or alcoholism. We all deserve the same chance to get sober.

I have personally turned in people for getting high in treatment. I have absolutely no fear of being considered a ‘snitch’ because the fact is this- this is NOT the ‘thug life’, it is NOT a music video, and NOBODY who goes to treatment is Scarface! If someone wants to keep selling and doing drugs or drinking, they can do it somewhere else, like anywhere else.  As someone in recovery I take this very seriously. I have friends in recovery who have gone out and never made it back, many of us know this feeling. If you know someone who is getting high or drinking, you need to let somebody know. Even if you feel it does not affect you directly, because you never know how many people they might influence, or might have the intention of hurting, and you never know who might not make it back.