8 Things I Wish I Could Tell My Drug Addicted Self 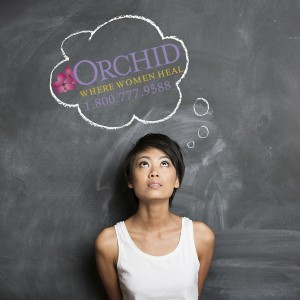 After a decade or so in active addiction, I finally decided to do the deal and get clean. I was the ripe ol’ age of 32 when I sought treatment for my substance abuse problem and part of me wishes I would have done it earlier, when I was a bit younger. Don’t get me wrong, I am grateful for everything – even the trials and tribulations related to my drug use because, I wouldn’t have what I do today: inner peace. But, if I could somehow go back in time, here are 8 things I wish I could tell my drug addicted self.

Now, this one probably wouldn’t work for anybody – in fact, it didn’t – my denial was that great. But, perhaps if it was my older, sober self telling me – the active drug addict, that I was indeed addicted and just in denial, perhaps I would have listened and gotten help sooner.

Probably the greatest thing that happened when I decided to get help was, when I first got to treatment and heard others talking about how they felt inside and why the used drugs – as a way to cope with those feelings. This was the first time in my life that I felt ‘home’ and amongst ‘my people.’ Honestly. As my addiction worsened, I grew more and more desperate to make sense of how I was feeling and why. I used to stand outside in the yard at night, gazing up at the stars and imaging the Mother Ship coming back for me, because I was convinced that I was from another planet.

#3. You don’t have to be afraid of treatment, in fact, it’s the best thing we did for ourself, hands down

Like many others, I was deathly afraid of the idea of going into treatment. I don’t really know why. I mean, I was less afraid of death and had in fact attempted suicide at least once in the past. When I eventually did go into treatment, I was so broken that I was just willing to do anything to change how miserable I felt. Turns out, getting help in the form of addiction treatment was the best thing I have done for myself. Ever.

When in the grip of severe, active addiction, it’s nearly impossible to see the light at the end of the tunnel, or even believe that there is one, let alone actually see it. Perhaps if I could visit my drug addicted self, I would tell her that there have been others who have “gone through it” and who are living amazingly fulfilling lives.

#5. Don’t ignore your intuition because you just want to get high

There was an incident in my active addiction, which involved drugs, 5 men, and little ol’ me. I was lured out by the promise of a party and, of course, drugs. Even though I was already not the thinking-straight type at this point in my addiction, something inside of me told me that this wasn’t a good idea. I ignored my intuition and went to the “party” anyways. And, 5 years later, I still regret it. Today, I am grateful that I eventually did listen to that inner voice that told me it was OK to ask for help. That was my moment of clarity that brought me to the doorstep of a treatment facility, when I chose to live.

#6. It’s OK to talk about your feelings

Long before my drug use began, I developed depression – of the severe and chronic type. I was only about 11 years old and was struggling with thoughts of suicide. And I never told anyone. I kept it all inside and put on a happy face. Today, I know that, by keeping those thoughts and feelings to myself, I really set myself up for the years of active drug use to come.

Again, I kept my dark and tormented thoughts to myself, never wanting to reveal that part of me to my friends and family. And I can understand why I did that. It feels weird and awkward to tell your loved ones that you’re thinking those things. But it’s OK to ask for help. I wish I could tell my drug addicted self to talk to someone – a teacher, a counselor, a trusted adult – it doesn’t have to be a parent.

In my active addiction, I was definitely the type to “take the poison and wait for the other person to die.” If I was upset with a coworker, friend, family member, or merely pissed off at being stuck in traffic, I would stuff all of those feelings down until I’d finally break and get high to cope.