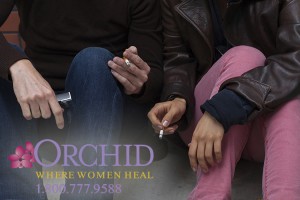 Globally, when compared to men, women have always had lower rates of drug and alcohol use and dependence. But this gender gap is closing.  As women’s access to opportunities increases and as their affluence, or social class goes up, we see an increase in the rate of substance abuse. In fact, just as women are proving their competence and abilities in the work and education spheres of society, they have already pushed ahead in the arena of substance abuse, especially of certain substances.

In the U.S., about 7% to 12% of women are dependent on alcohol—about two-thirds of the rate among men. The gender gap in the U.S. is one of the smallest in the world. Trends show that the rates of drug and alcohol use will rise across the board—but most of all for women.

Addiction on the Rise Among Women: Cultural Trends

The Cultural Revolution in the late ‘60s that ushered in the great wave of feminism took on gender role traditions; where women were once restricted to limiting social roles, women were being liberated to participate in the male world. They were now able to work and drink with ‘the boys.’

And since the 70s, the gender gap has been shrinking. The stigma against women drinking and even abusing alcohol has decreased while their access to alcohol has increased. Over the 20th century, smoking and drinking rates gradually-but-steadily rose among women—as women started taking up these habits by class: first the upper class, next the middle class, and finally the lower class.

One specific class of drug that women are using, abusing and getting addicted to at a much greater rate than men is that of tranquilizers – mainly benzodiazepines – such as Xanax and Valium. In fact, the difference is drastic; women are almost twice as likely as men in South America and Europe to have ever used sedatives and to use them on a regular basis.

Mental health conditions and diagnoses are significant. American women have higher rates of mental illness: they are 70% more likely than men to have depression and twice as likely to have anxiety-related disorders. World-wide, the rate of mental illness among women is higher than that of men.

Women are twice as likely to suffer from depression and anxiety as men—and are far more likely to self-medicate with alcohol and other substances. Many women who drink heavily are also the victims of trauma, such as sexual abuse, and have or have had eating disorders in the past.

Men and women get addicted at different rates, for different reasons, sometimes to specifically different substances, and often continue to use also for different reasons. For those reasons as well as taking into consideration women’s unique body chemistry, metabolism, and gender-specific issues, such as trauma, it is beneficial for women to seek treatment in the form of gender-specific treatment such as that which is offered at Orchid Recovery Center, a top-rated women’s treatment center that specializes in substance abuse, addiction, and trauma resolution. If you or someone you love is struggling with substance abuse or addiction, please call the Orchid Recovery Center toll-free at 1-800-777-9588.