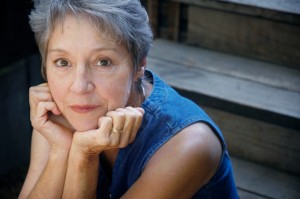 The Orchid Recovery Center is an alcohol and drug treatment center specifically created for women who are struggling with addiction and unresolved trauma. The Orchid’s facility has been featured on the investigative show 20/20 for a series on mothers and addiction.

According to the National Institute for Alcohol Abuse and Alcoholism, one third of alcoholics in the U.S. are women and most don’t receive the proper treatment. Furthermore, even when women do make it to some kind of treatment program, studies show that as many as 90% of them will relapse. Psychologically, women who become addicted have a different narrative and profile than men who become addicted. Women have a greater tendency to develop an addiction in order to cope with trauma and emotional pain, unlike men. Women also have a range of social and cultural pressures and issues that men do not experience.

The Orchid on 20/20: Alcoholism and Mothers

The top reasons that women turn to alcohol are stress or anxiety, romantic relationships, pressure from family or friends, traumatic experience and a general feeling of boredom.

The segment on The Orchid on 20/20 followed one woman, a mother from Mississippi, as she prepared for and then traveled to Florida for treatment. Staff at the Orchid told “20/20” that about 95 percent of the women they pick up at the airport are intoxicated upon arrival.  And the Mississippi mom was no exception.

The program at The Orchid addresses the specific needs of alcohol and drug dependent women. Its primary mission is to provide women with the opportunity to break the cycle of addiction and enjoy healthy, serene and productive lives.

The Orchid on 20/20: Trauma and Addiction

Accounts of physical, sexual and emotional trauma are particularly common among women in addiction. Trauma must be effectively addressed and healed in order for the woman to be successful at lasting sobriety. Orchid counselors focus on helping women uncover traumatic experiences in a safe way and develop a new, healthy relationship with their past experiences so that they may heal and recover.

The Orchid on 20/20: Treatment at The Orchid

The Orchid offers one-on-one cognitive behavioral therapy treatment as well as many other forms of treatment that allow women to safely explore and address their personal issues. Group therapy, family sculpting, psychodrama treatment, and art therapy are also offered to help women express their emotions. The all-women atmosphere allows for a safe environment in which women can speak and share openly without feeling inhibited by the presence of men.