How Dating an Addict Has Shifted My Awareness of Alcohol Culture 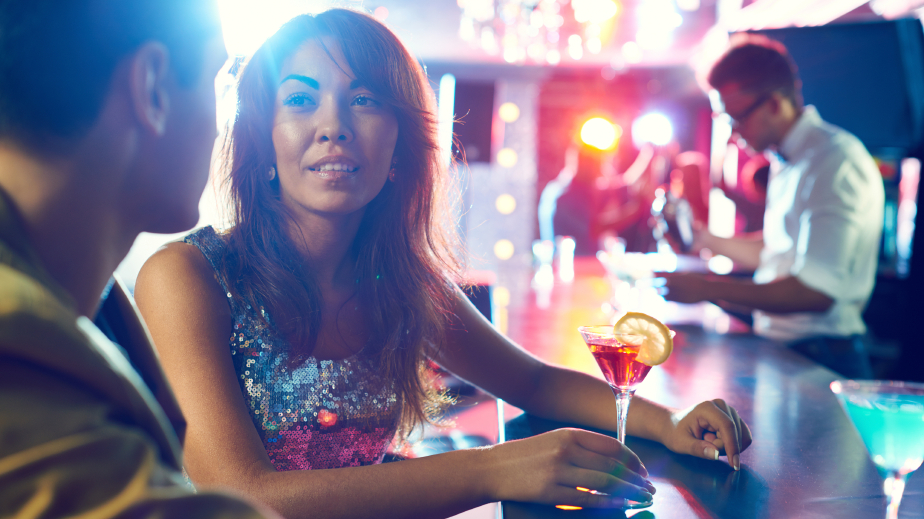 In a relationship, it’s common to have to come up with activities to do that you both enjoy together. Sometimes you have to make compromises and navigate each other’s interests. Recently, I got into a relationship with someone who is in recovery, and it has been eye-opening to realize how much alcohol really plays into dating culture. I always knew it on an intellectual level but I guess experiencing it is a whole different story. Personally, I am not an addict so I have never had an addiction to drugs or alcohol. Like many, I have been affected by addiction from the outside: knowing friends and family members who have fallen into addiction.

So far, being in a relationship with an addict has been rewarding and I am enjoying the journey. I’ve learned about how I much I need to improve communicating and he have taught me how to communicate better. His ability to communicate and his honesty were acquired from treatment and years of going to A.A meetings. Those skills can translate well into a relationship.

However, the one thing that definitely requires more awareness is what we do together. I remember in past relationships, the first thing we’d say on a Friday night was “Drinks?” Some of my earlier dating experiences were entirely based off drinking culture. Going to bars and drinking, hanging out at home drinking, dancing, and drinking…and more drinking. It was sort of a buzz-fest of booze. I never was too interested in getting wasted (got sick of that fast), but still, a lot of what I did involve alcohol.

Fortunately, my drinking tendencies toned down a ton which helped when I entered this new relationship. I still drink but quite moderately. What I realized the most is how centered the nightlife and dating scene is around alcohol. I enjoy going to bars and seeing friends but suddenly I have become aware of how everyone has a beer or shot in their hands. It sort of feels like if you don’t drink, you’re meant to go home after a certain hour.

In my relationship, my boyfriend does not drink nor feel pressured to. Drinking was never something that interested him before his sobriety so he constantly reminds me that it’s okay for me to drink around him and I have. But I want the person I am with to feel as comfortable as possible. And once in a while when we happen to walk into a bar, I can tell he is not as comfortable or he’s even bored. I suppose going out to a bar without having drinks is just not as enthusing.

While walking downtown the other day, it suddenly began pouring outside (like it often does in Florida) so we stumbled into the nearest bar to wait the rain out. I ordered a beer and he grabbed water. There’s always that brief pause when the bartender stares at you when you do not order alcohol. Although the experience was fine, I noticed that we did end up leaving earlier than I would have if I was with someone who drank.  I’m still not quite sure whose fault this was.

The experience was just different. He even mentioned how “the whole bar environment is center around the act of drinking alcohol,” and he was right. So I started thinking about how I would feel navigating social situations as an addict. How would I handle going out? Would I still go to bars? Would I still stay out as late?  Those are the sort of questions that swirled in my head.

Recently a study was published in the journal Health Communication that highlighted how former drinkers handle social situations:

“The findings tell us that former problem drinkers can find it tricky to navigate social situations where alcohol is involved and makes clear it’s important to support those who aren’t drinking and not push non-drinkers to disclose their reasons for not having a drink,” says Lyndsey Romo, lead author of a paper on the work and an assistant professor of communication at North Carolina State University.

That definitely struck a chord with me. I love listening to live music but I do notice how people question others when they do not drink. Often people do this nonchalantly like “Have a beer!” Or “Loosen Up!” I can imagine how this could be an uncomfortable experience for an addict. After all, the whole process explaining why you do not drink is a personal choice.

Some people want to admit to being an addict while others just are not in the mood for the conversation. If a big part of your life is all about recovery, you might not want to talk about it when you’re out trying to relax and have a good time. For some, this is the sole reason they avoid alcohol-centered activities all together.

Furthermore, the study delves into how people navigated social events where alcohol was being served. They found that people who do not drink often have to weigh the need to tell other people. They felt cautious about “being socially stigmatized.” If asked directly, some would make excuses for not drinking and others would use humor to avoid the conversation.  The study found that people who were sober longer were more likely to disclose their addiction because they find it to be the best way to defuse a situation that could threaten their sobriety. Often the further a person is in recovery; the more comfortable they are openly acknowledging themselves as an addict.

My boyfriend is five years sober and very open about his addiction but  I find it a lot easier for both of us when we do things that are not centered on alcohol. Activities like exercising, going for dinner and exploring nature, are increasingly more enjoyable. We definitely plan to go out late for live music and open mics in the future. But for now, yes, we do love our movie nights. And that’s totally fine by me.

I realized I’d rather mostly indulge in drinking with others and enjoy my relationship doing other stuff but every relationship is different. Find what works for you. Of course, it can be an adjustment dating an addict but in time, you will figure out what is best.

Communicating with your partner is crucial in any relationship especially in a non-addict/addict scenario. Find out what works for both of you. Be open to your concerns entering the relationship.If you or someone you love is struggling with substance abuse or addiction, please call toll-free 1-800-777-9588.