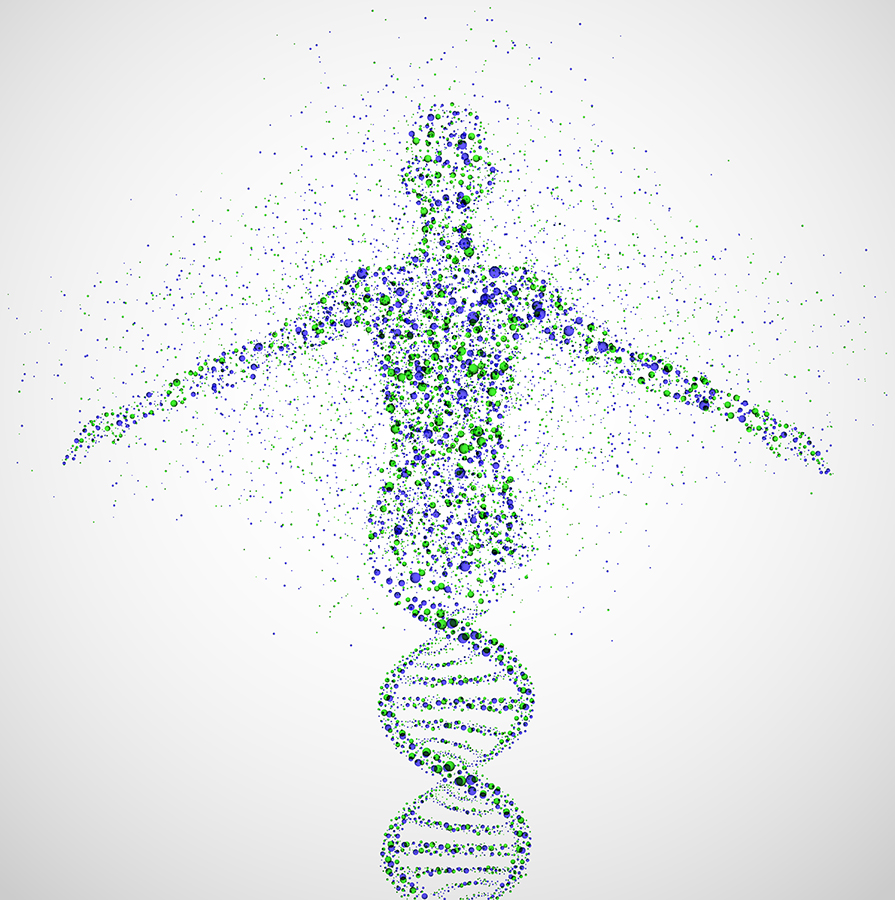 Depression doesn’t just change your mentality—it also leaves marks on your DNA, report scientists from the Wellcome Trust Centre for Human Genetics (WTCHG). The finding was so surprising that the scientists initially met it with skepticism and admit that they required a substantial amount of convincing to believe it was not merely a coincidence.

As described in Current Biology, the discovery began with an examination of the DNA of over 11,000 people, many of whom had a history of stress-related depression, but healthy controls were also included for comparison. Initially, scientists were searching for a gene associated with an increased risk of depression. Instead, researchers noticed that stress-related depression correlated with an increase in the amount of the cell’s second genome: mitochondrial DNA.

Taking this one step further, the scientists then tested the molecular changes in mice that were subject to four weeks of stress. They found not only that the mice exhibited the expected increase in mitochondrial DNA, but also that their telomeres had reduced in length. Telomeres are little caps on the end of our DNA strands that shield our chromosomes from degradation and thus the loss of genetic information. Every time a cell makes a copy of itself, the length of the protective telomere gets a little bit shorter until the cell can no longer divide.

The erosion of telomeres in these stressed mice indicates that stress can decrease one’s life expectancy. But it’s not all doom and gloom, as the researchers also discovered that the changes in both telomere-length and the increase in mitochondrial DNA are largely reversible. After the mice were free from stress, their DNA also recovered.

So why does stress-induced depression, classically considered to be a mood disorder, have these cellular-level effects on the body? There are plenty of causes for stress: a lack of food or a history of abuse, for example. Stress decreases the efficiency of the mitochondria, and as a result the body creates more to protect its metabolism. In some sense, depression may be the body’s response to environmental stress.

This study has exciting potential for future treatment of depression. Since the molecular changes in the DNA are reversible, there is now the possibility to assess how successful treatment is on a molecular level. The possible future indicators for success would be a reduction in the number of mitochondria and restored telomere-length.

You can read the original article here.

If you or a loved one is struggling with substance abuse, dependence, or addiction, help is available. We are an all-women’s treatment center specializing in treating women with drug and alcohol abuse issues as well as co-occurring issues, such as mental illness like depression. Please call toll-free 1-800-777-9588.