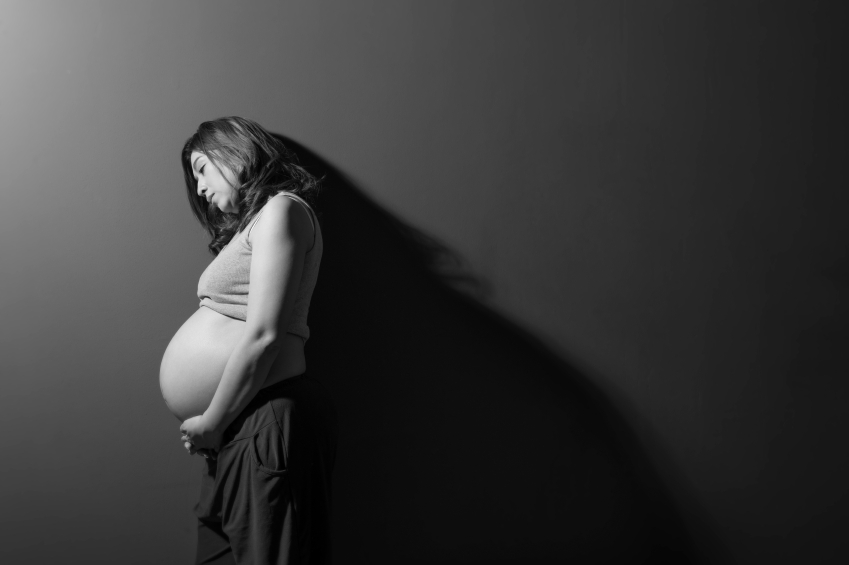 Pregnancy is hard enough, but what about women who experience post-traumatic stress disorder symptoms? Must be even worse, right? Not exactly.  Actually, a new study reveals that for most women, pregnancy does not worsen PTSD. In fact, pregnancy might actually reduce PTSD symptoms in many expecting mothers.

These effects do not occur in everyone,  though. For some, the opposite is true. One in four women are found to have worse PTSD symptoms during their pregnancy. In addition, some women with PTSD are unable to bond with their newborns and face a higher risk of postpartum depression.

However, for most, pregnancy will not increase PTSD symptoms.  In a study conducted on 319 women, who had high PTSD symptoms in the first part of pregnancy, they found that PTSD symptoms actually decreased as the expecting mothers were closer to their due date.  Women who had low symptoms of PTSD early on stayed about the same.

The women who suffered stress or trauma during pregnancy or had the most anxiety, experienced exacerbated symptoms of PTSD during pregnancy and after the baby was born. Clearly, environmental factors play a role:

“We hope our results give a message of hope that women who have a past diagnosis of PTSD aren’t all headed for a worsening while they’re pregnant,” says Maria Muzik, M.D., M.S., the U-M psychiatrist who led the study. “But we also have highlighted a vulnerable group that has a heightened risk of worsening symptom and postnatal issues that could have lasting effects for both mother and child.”

PTSD can be caused by many things— combat, car crashes, being robbed or raped, living through a natural disaster or house fire, or being the victim of abuse in childhood or adulthood. For decades, PTSD was only considered to be acquired through combat. Because of this, many who experience PTSD live with the symptoms without knowing of their condition.

The team interviewed women at two points during their pregnancy and were able to interview half the woman during the first six weeks of motherhood.  Researchers found that women with the strongest support network during pregnancy were protected from worsening PTSD symptoms. This means having the support of their partner, relative and friends made a real difference in these pregnant women.

“With a few questions and screening measures, they can identify women who are experiencing risk factors, and heighten their awareness for support and treatment,” she says. “Preventing the worsening of symptoms could reduce their chance of post-birth illness, and protect their future child from the lasting ill effects that a mother’s mental illness can have.”

Despite all the possible setbacks you have had in your life, creating a solid support system is crucial for improving your life. If you are struggling with depression or PTSD symptoms, it is extremely important to talk to a professional about overcoming these symptoms.  There are so many people out there that want to help you get on the right track. If you or someone you love is struggling with substance abuse or addiction, please call toll-free 1-800-777-9588.