Amanda Bynes Back in Trouble 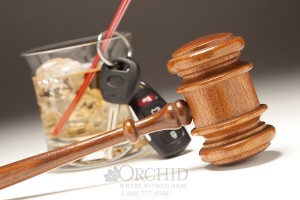 The childhood star and Hairspray actress Amanda Bynes has had quite the history as of lately with struggles related to substance abuse. Amanda Bynes had a very public breakdown in the past few years, but after a period in treatment and continued therapy she had been doing much better with the help of her parents. Just when it appeared as though she had her act together, she has found herself in trouble once again after she was arrested this past Sunday in Los Angeles for driving under the influence. With some of the details still unclear at this point, hopefully this does not put too much of a strain on her attempts at recovery.

According to the celebrity new tabloid TMZ, 28 year old Bynes was driving her Mercedes in the San Fernando Valley the day of the arrest when she suddenly stopped in the middle of an intersection on Van Nuys Boulevard. A law enforcement official reported to TMZ that Amanda Bynes was stopped by a California State Patrol officer and that she was allegedly under the influence of stimulants and possibly marijuana, which would not seem too out of character given her infamous bong-throwing incident in 2013. The CHP spokesperson Leland Tang who had spoken to New York Daily News issued a statement.

“She ran a red light and stopped in the middle of a T-shaped intersection. Our officer observed her, and she appeared under the influence. She was unable to complete field sobriety tests, at which point she was taken to our station.”

The press release states that Bynes was cooperative when she was taken into custody, but had a “disheveled” appearance, according to the incident report. Police determined that she was under the influence of a controlled substance, but declined to publicly disclose what substance in particular she was on at the time of the incident. Amanda Bynes later posted a $15,000 bail after being booked for DUI.

The actress has appeared at least outwardly to be on her way to recovery in late 2013 after months of rehab and therapy. Prior to her stay in rehab and the continued counseling, Amanda Bynes has been spiraling out of control with a series of drug-related arrests and bizarre behavior.

Bynes had received psychiatric treatment last year after authorities said she set a small fire in the driveway of a home in Thousand Oaks, California. This incident had followed several other cases of driving under the influence, one during which she had actually struck a Los Angeles County sheriff’s patrol car in 2012. Bynes is still on probation in regards to this accident specifically.

She later entered a rehab facility and was released after a long time in treatment. Once out of rehab, Bynes deleted her controversial tweets from last year, which included some vulgar messages and nearly nude pictures. Since then her parents have been caring for her, and she has been spotted taking fashion design courses at the Fashion Institute of Design & Merchandising.

With the child star having stated publicly that she is retired from acting, and her last theatrical performance being her role in the film Easy A starring Emma Stone, Amanda has had quite an amount of time to turn things around, which it had finally appeared she was doing so. Although this recent report may be contrary to that belief, hopefully as this specific case unfolds more will be revealed as to the circumstances, and hopefully Bynes is ready and able to bounce back from this recent alleged relapse and continue with her recovery successfully.

Sometimes relapse happens, and even celebrities can fall victim to the disease of addiction and the pain of relapse. No one in recovery is perfect, and there is always hope for people who seek help. If you or someone you love are struggling with substance abuse or addiction, please call toll-free 1-800-777-9588