When is a “healthy” lifestyle bad for you? 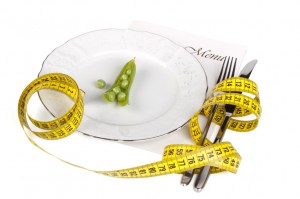 Almost everyone has heard of the eating disorders anorexia nervosa and bulimia. The first condition is exhibited by an intense fear of gaining weight which is counteracted by restricted overall food intake. The second disorder is a pattern of bingeing and purging. But now, some nutritionists and doctors report seeing a growing number of patients who are exhibiting an obsessive preoccupation with avoiding foods they deem unhealthy and restricting themselves to a diet of only “pure” foods. The condition is known as orthorexia nervosa, a term first coined in 1997 by a physician to describe his own approach to food and pattern of eating. While orthorexia is not yet an officially recognized eating disorder, many health care workers and nutritionists have expressed concern at the number of people they’re seeing who are so consumed with food purity and quality that they are restricting their diets in potentially dangerous ways.

Basically, orthorexia is a “pathological fixation on eating only healthy or pure foods, or what an individual perceives as healthy or pure.” Orthorexia nervosa refers to a pattern of restricting one’s diet to eating only what they deem as ‘proper food.’

Eating healthy and orthorexia differ in that the extent to which the person restricts their diet becomes extreme. A health-conscious person decides to cut out candy, sugar, and saturated fat. If you’re cutting fat out of your diet, you’re unable to absorb all the nutrients from the wonderful things you are eating. Fat is necessary to absorb fat-soluble nutrients and all of the antioxidants that are found in fruits and vegetables. So you can be eating what seems to be a very pure diet—salad with lots of vegetables and fruits—but you’re not really getting the benefits of any of those things because you are not able to absorb the nutrients. And this can lead to malnourishment.

How does orthorexia differ from anorexia?

When is a “healthy” lifestyle bad for you: Over-activity

Just like healthy eating can become unhealthy when “overdone,” exercising too can be taken to the extreme. In fact, over-exercising, or over-activity is a sign of cognitive distortion in the person who becomes obsessed with exercise and can be just as detrimental as an eating disorder.

Is there such a thing as over-exercising?

With the steady increase in the number of people with eating disorders has been a rise in the number of people with exercise disorders: people who are controlling their bodies, altering their moods, and defining themselves through their over involvement in exercise activity, to the point where instead of choosing to participate in their activity, they have become “addicted” to it, continuing to engage in it despite adverse consequences. If dieting taken to the extreme becomes an eating disorder, exercise activity taken to the same extreme may be viewed as an activity disorder.

Activity disorders, like eating disorders, are expressions of and defenses against feelings and emotions and are used to soothe, exert control, and maintain self-esteem. People with the eating disorders, such as anorexia nervosa and bulimia nervosa, and those with activity disorders are similar to one another in many respects. Both groups attempt to control the body through exercise and/or diet and are overly conscious of what and how much they eat as compared to how much they exercise. They are extremely committed and pride themselves on putting mind over matter, valuing self-discipline, self-sacrifice, and the ability to persevere.

If you or a loved one is struggling with restrictive eating, any other eating disorder, or over-exercising please call toll-free 1-888-672-4435