CA Town to Crack Down on Unregulated Marijuana Clubs 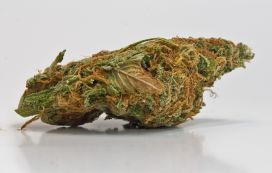 It’s a constant struggle in states where marijuana is legalized for medical uses: the state sanctions the sale and distribution of marijuana and the federal government comes in periodically to investigate and make sure that everything is on the up and up. In California, it was a regular occurrence – until the federal government decided that it was a waste of money to continue the practice. But one California town has decided to pick up where the feds left off. Officials in Vallejo are making unregulated marijuana clubs a priority. They are making sure to let purveyors of the substance know that no infractions of the rules will be permitted under any circumstances.

Currently, it is estimated that there are about 24 unregulated medical marijuana clubs open for business within the city limits of Vallejo. In an effort to crack down, the Vallejo city council has ordered the city’s law enforcement to take measures to begin immediately regulating these dispensaries. Taxation is also in the works as is a plan to limit the number of marijuana dispensaries allowed to operate within the cities.

The Value of Regulation of Medical Marijuana

Though some might resent the intrusion of law enforcement, others appreciate the regulation brought by a continued official presence. Standardization brought to the industry ensures that patients receive a product that will help heal. It’s important for patients to be able to view marijuana dispensaries as similar to pharmacies rather than as a social diversion as implied by the term “marijuana club.”

The Problem with Medical Marijuana