When a woman battles bulimia, the disorder can sometimes be linked with a substance abuse problem. That is not to say that bulimia leads to substance abuse, or that drugs and alcohol can lead a person to becoming bulimic. The two are just common partners, complicating a woman’s road to recovery.

Joseph A. Califano, Jr., CASA president and former U.S. Secretary of Health, Education and Welfare, recently released a 70-plus page report through the National Center of Addiction and Substance Abuse. It concluded that half of all individuals struggling with an eating disorder such as bulimia also battle addictions to alcohol or drugs while 35 percent of those with substance abuse problems also have eating disorders. Many who suffer with eating disorders often take certain drugs with the hope of losing weight or to suppress their hunger. Likewise, women may also drink or take drugs to help with the pain that can often come along with bulimia.

These two separate problems, in time, can join together as one vicious cycle, leading to personal destruction. Suffering from a substance abuse problem as well a separate disorder is also known as dual diagnosis. Many health care professionals may try to treat the disorder and the substance abuse as one problem (e.g., they’ll focus only on the anorexia, believing it will automatically fix the substance abuse). As more research becomes available, it is being discovered that treating only one of the issues can be quite dangerous in the long-term. 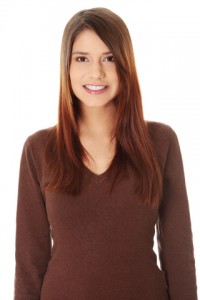 Bulimia is one of the two main eating disorders – anorexia being the second. Both are generally more prevalent in women than men and stem from a desire to assert control, manage weight or lose weight. When a woman is bulimic, she will experience episodes of secretive bingeing, or eating an excessive amount of food. This is followed by self-induced vomiting or purging, abuse of laxatives and diuretics, or an unhealthy amount of exercise. The woman may do all of this in an attempt to manage their weight.

Bulimics often go through extreme weight fluctuations, but the weight they’ll lose is usually not as severe as the amount anorexic individuals lose. Both bulimia and anorexia are psychological disorders, causing these women to have inaccurate views of their body image. The onslaught of ads, magazines and movies that idealize super thin stars play a huge influencing factor on girls and women desiring to fit into the culture’s definition of “pretty.”

Women often have a difficult time admitting to anyone that they are dealing with any disorder or addiction. They worry about how others will view them, that will be looked upon as weak or fragile and unable to keep in line with the demands of life. Bulimics often feel ashamed of their binge cycles. These aren’t due to hunger, but a response to stress or anxiety.

Many women may not even realize that they are suffering from two alignments. For the family and friends of a woman who may be dealing with these issues, it is extremely important to recognize the symptoms associated with bulimia. According to the American Psychiatric Association’s Diagnostic and Statistical Manual of Mental Disorders, Fourth Edition (DSM-IV) there are five “basic criteria” when diagnosing bulimia.

Other warning signs may include going to the bathroom after every meal (usually when purging takes place), obsession with exercising, and physical signs, such as swollen cheeks or jaws, bloodshot eyes or teeth appearing clear due to the tooth enamel being damaged. These physical signs are the effects of excessive vomiting.

Effects of Bulimia and Substance Abuse

Excessive vomiting can have a negative effect on a woman’s body. The acidic content of vomit may, as mentioned, cause the enamel on the teeth to corrode; it can also increase the likelihood of cavities and cause extreme sensitivity to hot and cold food and liquids. Worse are the effects it can have on the esophagus and colon where ruptures, ulcers and increased acid reflux may occur. A woman may also experience irregular periods or even miss menstrual cycles altogether.

Bulimia and substance abuse carries its own shared risks:

This dual diagnosis is more likely to occur in families with a history of eating disorders, alcohol abuse or drug abuse. It usually develops out of stressful times or in response to a traumatic event, such as sexual abuse. 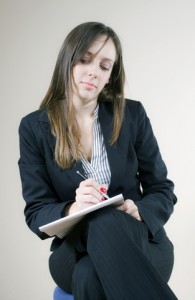 It is important that the eating disorder and the substance abuse problem are addressed by a medical professional. Trying to fix one issue will not cause the other to vanish completely, and it can even do great harm in the long-term.

Some therapies that have proven effective with anorexia include problem-solving techniques, antidepressant therapy, and cognitive behavioral therapy (CBT). CBT works to identify and then restructure distorted thoughts and views, such as the negative body image, which should then influence a more positive, healthier behavior.

Nutritional consultation should also be sought. Managing and monitoring weight gain or loss, food intake and purging behaviors are very important for both the woman’s health and for accountability purposes. Normal, healthy eating habits should be created, and education on meal planning and food shopping may also be addressed.

Call The Orchid for More Information

Here at The Orchid, we know that recovery is possible for those suffering form a dual diagnosis of bulimia and substance abuse. In our unique women-only treatment program, you’ll be able to address the root causes of both issues in a safe, structured environment. We cater to women specifically, addressing their needs with a wide range of innovative and proven therapies. For more information, call today.