The connection between women and crime is not simple.  In many cases, it involves drugs, bad childhoods, and sex.  The way drugs fit in can be somewhat unexpected as well.  The stereotype for crime still seems to be focused mostly on men.  But women’s arrests have been on the rise.  Incarceration is often the end result, but what women need most is women centered drug rehab. 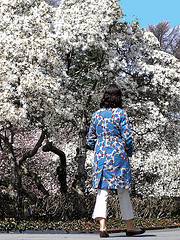 The current trend shows women being arrested for non-violent crimes (like for drugs) four times more often than for violent crimes.  While this doesn’t accurately reflect how many women are truly committing crimes, it does show that law enforcement has done more about it.  Unfortunately, incarceration is not enough to help women turn their lives around.

Poor Attachment Puts Women at Risk For Drugs and Crime

Family problems can be a difficult cycle to break.  When a woman grows up with poor relationship attachments, this puts her at greater risk for drug use and crime.  It’s all about instant gratification, poor impulse control, and failing to develop empathy for others.

Since sex can get involved with drug use, any children born to an addicted woman are also at risk for crime and future drug use themselves.  The mother’s who had poor attachment themselves are not able to give emotionally warm care to their children.  Once started, it can be challenging to get such a family back on track.

Prostitution a Way To Pay For Drugs

Not every prostitute works to sustain a drug habit.  But it is one way that women on drugs can fund their addiction.  Sometimes, women just trade sex for drugs with no money exchange.  While it is probably the most easily accessible way “pay” for drugs, it is also an assault to women’s souls.

Sexuality is a pathway for intimacy when treated with respect.  When it is used as a commodity, it only adds pain to an already bad situation.  Drug use increases emotional pain, loss of dignity from sex work adds more pain, and drugs are used to cover up that pain.  And around and around it goes.

In reality, some hard drugs are simply difficult to break away from.  Relapse is likely with drugs like meth, prescription drugs, and heroin.  Women trying to become sober can have a tough time making a turnaround.  It is clear that just going to jail isn’t enough.

Some communities are trying to tie drug crimes to drug treatment.  However, this is a slow change and may take some time to become the norm.  Women need to do more than just pay for their crimes.  They need help building their lives again.  Drug treatment may not be a cure, but it’s certainly a healthy place to start.  Let’s hope we start seeing more drug treatment programs offered during and after drug incarcerations.