When A Woman Becomes Addicted

Women process life in ways that are different from men.  The little details, the social connections, and the communication between important people in her life all make a difference.  When these get seriously out of balance, a lot of emotional pain can flood a woman’s mind, heart, and soul.  Sometimes, drugs and alcohol are used to manage this pain. 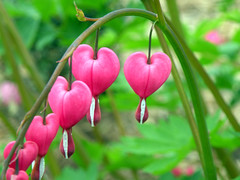 Women Are Wired For Emotion

You could say that a woman is wired to interact with the world through emotional connections.  Certain parts of the female brain that control emotions have much greater activity and interconnectivity than the male brain.  It doesn’t mean that women are cookie cutter copies of each other that all react the same way.  Inherited personality traits, childhood circumstances, physical health, and many other things affect exactly how a woman perceives and connects with the world around her.  But generally speaking, emotion is a large part of a woman’s experience with the world.

Here is an example of how a teen girl can develop into an alcoholic needing alcohol rehab.  A young teen girl had some verbal and emotional abuse from her childhood, mostly from her father.  She developed a thick skin and put on a tough act.  She also experimented with drugs and alcohol as a way to get some attention and escape the constant negativity at home.  After she graduated from high school and left home, she moved in with friends and did more partying.

By now, drinking was part of her identity and a way to get together with guys.  She tended to make quick hookups and get girlfriend status with controlling guys.  It seemed flattering at first, affection and attention
she never got from her father.  But before long, she felt those old painful emotions again.  Negativity, self doubt, being berated and ridiculed, being told she was stupid – it was like her childhood all over again.  She managed to break up with the guy, go on strong drinking binges to cope with the loss, then found a new sweet talking controlling guy to get cozy with.

She thought she would find someone better than the last guy.  But because of her addiction and the kind of men she focused on, her old pain continued and grew with time.  As the series of relationships went on and on, she began drinking heavily all the time.  She felt despair and a loss of hope of ever feeling loved by a man.  Her emotional pain pressed down on her like a bar od lead, leading her to drink herself into oblivion every single day.

What started as a way to cover up the pain of a verbally and emotionally abusive father turned into a way of dealing with all romantic relationships and friendships.  Her main social activity was drinking with friends.  Her main avenue for finding guys to date was around drinking situations.  She dragged all the pain from the past into the present moment every day, and had even more pain to cover up than she did from the start.

Alcohol Rehab For Women Is Specialized

If this woman were to go to alcohol rehab, she would have many layers of emotional pain and self protection to move through.  She would need to recognize how the alcoholism seeped into all of her important social relationships.  In alcohol rehab, she would learn how to connect with women in healthy supportive ways.  Perhaps her mother was gone or didn’t spend much time with her.  This woman can begin to understand how healthy relationships can help her deal with the painful ones.