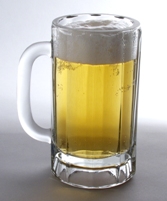 In our last post, we talked about alcohol’s effect on the brain and how this effect is different in men and women. In general, women feel the effects of alcohol more strongly and with fewer drinks; they also develop a problem in less time than do men. It’s a serious issue because, in the past, women were less likely to have a drinking problem than men but every year, the statistics show that the number of female alcoholics is increasing and almost equal to the number of male alcoholics in the United States.

The Need for Women-Only Alcohol Rehab

The fact that women physically process alcohol differently than men means that a slew of problems befall women who drink heavily after a short period of chronic drinking. According to Carla A. Green of the Kaiser Permanente Northwest Center for Health Research, some of these issues include:

In general, women more quickly develop all the problems that go along with alcohol abuse and addiction but are less likely to get the help they need to recover. In this way, alcohol can be more devastating for women than for men, making the need for treatment that much more urgent. In fact, Green estimates that women need treatment for alcohol abuse four years earlier than men who start at the same time.

Though research on treatment for alcoholic women is limited, one recent study showed that women who went through a women-only alcohol rehab were more likely to be relapse free six months later than were women who went through a mixed gender rehab. One key component is bonding. The bonding among women not only supports them through the recovery process but helps them to stay on track longer when they return home.

Though women-only rehab can be beneficial for all women, there are particular groups of women who will find the type of treatment they receive for women and by women the key factor in their recovery. These include women who have been physically or sexually abused by men, women with eating disorders, and women who are pregnant or mothers. For these women, says Green, “…women-only programs are more likely to provide a greater range of services than mixed-gender programs.”

If you would like to learn more about the type of addiction treatment services available to you here at our woman-centered drug and alcohol rehab, The Orchid, contact us today.