Signs and Symptoms of Drug Addiction Withdrawal and Tolerance

Every person with a drug or alcohol addiction has a unique experience.  Even so, there are many different signs and symptoms that can help you tell the difference between occasional use and drug addiction.  It helps to understand the behaviors and words of a drug addict.  Look especially for ways they accommodate their drug use, the effect on their body, and how their priorities seem to change.

Watch For Signs of Addiction and Get All The Facts 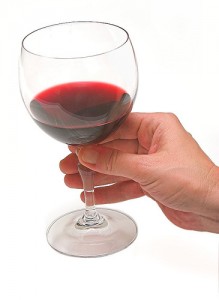 If think someone has an addiction, it’s good to have a clear idea of the problem before you approach them about getting drug treatment.  They are likely to be in denial, minimize the problem, and say you are attacking them.  You’re confused and caught off guard, they walk away with the last word.  Game over.

You might have better luck taking note of the different ways their life has change specifically related to their drug use.  You probably already know what’s wrong, but a calm organized approach with solid evidence will be a more compelling argument than random acts of nagging.  Here are two important symptoms to look for.

Along with a higher tolerance comes withdrawal symptoms.  When the body gets so used to having a high amount of drugs or alcohol going through the system, it can show some pretty strong reactions when it leaves the body.

This is essentially what a hangover is – a reaction to the alcohol leaving the body.  Just having a hangover isn’t a sign of addiction.  Some people’s bodies have strong reactions to even one or two drinks (which doesn’t indicate addiction).  But if you almost always have hangovers and “brown bottle flu” days after heavy drinking or drugging, you are certainly on your way to a problem.

Easily addictive drugs like methamphetamine or opioids like herion can produce serious withdrawal symptoms.  Addicts can feel indigestion, nerve-wracking pain, severe headaches, and tremors.  Anyone with a drug or alcohol problem and these withdrawal symptoms needs to be evaluated at a drug treatment center.

Increased Tolerance For Higher Amounts of Drugs and Alcohol

When you drink occasionally and moderately, it doesn’t take much for your body to get a “buzz” or tipsy feeling.  As long as you don’t drink frequently, your tolerance will generally stay fairly low.  Weight and gender can affect it, but not nearly as much as how frequently and how much you use.  The same is true for drugs like cocaine, marijuana, heroin, prescription medication, etc.

Once you start using more and using more frequently, your body needs more to give you the same sensation.  When someone drinks a 12 pack of beer or has several hits of heroin and says they don’t feel much, they have an enormous tolerance.  That is definitely not normal.