Sexism in the War on Drugs 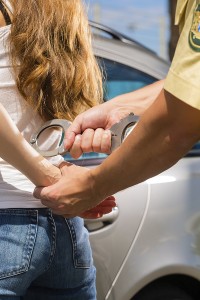 “The staggering increase in the number of women in prison does not reflect larger numbers of women using drugs, but rather, changes in criminal sentencing.”

When it comes to the so-called War on Drugs, it’s becoming generally-accepted that it has deep roots in racism: just look at how many people of color are in prison on nonviolent drug charges.

But what about the drug war and gender? While not as widely discussed as racism, there is another “ism” that’s entwined with drug policy: sexism. It infiltrates every aspect of drug policy, even within the movement to reform the current policies, leading to consequences on how women who use drugs are viewed, treated and punished.

Sexism in the War on Drugs

Women are currently the fastest growing population in U.S. prisons. According to the ACLU report “Caught in the Net,” the number of females in prison has increased at twice the rate of their male counterparts—even more so for women of color over the past three decades. From 1977 to 2007, the female prison population grew by 832%, while the male population grew by 416%. Two-thirds of these women are serving time for nonviolent offenses and more than three-quarters are mothers.

This trend doesn’t mean that larger numbers of women are using drugs. The shocking increase in the number of incarcerated women reflects the changes that have been made to the process of criminal sentencing.

For example, many of the women in prison are there simply because they were living with a boyfriend or husband who committed drug offenses in their home. And, women who refuse to testify against their spouse or partner can face conspiracy charges as well as the drug charges, which, often times, causes them to serve longer sentences than the partner who actually committed the crime.

For women who don’t get swept up into the system this way, they are nevertheless deeply affected by the current war on drugs; they are often left behind as sole caretakers of the next generation if/when their partners are incarcerated. And, when men are released from prison, they are often dehumanized, angry, and unable to get decent jobs due to their criminal records. This means that they re-enter households that are headed up by women, who are now left with yet another mouth to feed. All this can lead to a potentially volatile situation on the home front.

“Men come back from prison with trauma and not much marketability because employers won’t hire formerly incarcerated people,” says Xochitl Bervera, co-director of the Racial Justice Action Center in Georgia. The R.J. Action Center runs a program organizing currently and formerly incarcerated women to reduce the number of women in jails and prisons.

Sexism in the War on Drugs: Impact on Health Issues

Besides the growing prison population, there is other bad news for women when it comes to current drug policy. Fatal drug overdoses for men have tripled in the past decade but, the number of women dying of opioid drug overdose has increased by five times during the same period of time. Women of color are also the fasting growing demographic of people with HIV, which can be contracted through IV drug use or by having sex with a partner who has injected drugs.

Sexism in the War on Drugs: Stigma

Drug use and abuse still carry a negative stigma, that they indicate some sort of moral failing on the user’s part. When you combine that with society’s high standards when it comes to mothers, women also bear the brunt of this stigma.

While it’s true that absentee fathers who use drugs are considered “deadbeat dads,” they are still given more of a “pass” than those who are mothers and who use drugs – something that seems to be an unforgivable offense. Furthermore, women who do admit to drug use run the risk of losing their children and suffer greater economic and social consequences than their male counterparts. In fact, some states have even passed legislation that criminalizes pregnant women who use drugs.

Last year, Tennessee passed a law that says pregnant women can be criminally charged with assault if their baby is born with withdrawal symptoms associated with opiate use. Despite strong opposition from the medical community, which pointed out that such a law would deter pregnant women from seeking drug treatment and prenatal care out of fear, which puts both mother and fetus at greater risk for poor birth outcomes. The law passed anyway.

“Society views drug use as a moral problem and women, especially mothers, are judged the most harshly,” says Senga Carroll, Training Director at UNC Horizons, a program that works with pregnant and parenting women with substance use disorders in Chapel Hill, North Carolina. “A number of women [in our program] have described delivering babies in small hospitals and being made to feel like ‘dirt beneath the dirt’ by medical staff. This is a major concern because women who feel judged will often lie to health care providers about their situation and if we don’t have a clear picture of what is going on, we can’t get the best help for the mother and baby.”

If you are struggling with a substance use disorder or drug addiction and don’t know where to turn, The Orchid Recovery Center can help. We are an all-women treatment and rehabilitation center that specializes in addressing the specific needs that affect women. Please call toll-free 1-800-777-9588.