Should Pregnant Mothers Get Jail Time? Pros and Cons 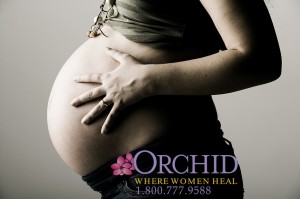 In Tennessee, pregnant women who are addicted to illegal narcotics or prescription pills, such as painkillers, could soon be jailed under a bill awaiting the approval from the southern state’s governor. The strict, draconian proposal seems to have support on both sides of the political spectrum and despite objections from the medical community.

It seems that state officials are turning to a punitive approach in order to address the growing trend in babies being born addicted to drugs – legal or not. “Neonatal abstinence syndrome” is the medical term for what happens when a newborn has withdrawal symptoms a day or two after birth. At its worst, babies suffering from drug withdrawal can experience seizures; it’s not clear whether there might also be lasting effects.

Beginning last year, Tennessee now forces staff at every hospital to start reporting such cases, and the numbers are still spiking.  And, in the face of these troubling, rising numbers, health officials have made drug-dependent babies a priority and the state government is turning to drastic measures.

It seems that Tennessee legislators haven’t quite begun to understand that addiction is a disease.

“It’s always somebody else’s fault,” says state Rep. Terri Lynn Weaver. “What’s wrong with: ‘You screwed up, you’re wrong, you’ve got to pay the consequences.’ What’s wrong with that?”

Not surprisingly, Weaver originally wanted to allow for homicide indictments of mothers if their drug-dependent newborns died; ultimately Weaver had to tone her fervor and condemnation down a tad. Women finding themselves in this sort of situation would now have the option to seek treatment for their substance abuse.

“We can’t make her get help herself,” says Weaver, “but, by golly, we can give her an option and a choice.”

Although Weaver is a conservative Republican, Democrats seem to be on-board with this sentiment – punishing drug addicted pregnant women. State Rep. John DeBerry acknowledges that it seems unnatural to punish a pregnant woman for causing harm to her unborn child but seems to lack foresight into other options.

“We are always trying to save children who should be saved by their families, and I have said if there is a better way, bring it to me,” he says. “I haven’t seen it yet.”

Should Pregnant Mothers Get Jail Time? Pros and Cons

The obvious cons to taking this punitive approach to addressing the issue of babies being born with neonatal abstinence syndrome is that addicts will be jailed for having an untreated chronic medical condition. We are already seeing how jailing addicts isn’t working.

Pregnant women and new mothers could face reckless endangerment charges, which is a misdemeanor, or charges that range to aggravated assault; an assault charge could mean 15 years behind bars.

Another drawback to such a drastic approach is that it could in fact deter pregnant women from seeking help, out of fear of being punished for her addiction and maybe even believing that she’ll lose custody of her baby simply because she sought help.

And it’s a concern being echoed by many in the medical community. An approach that is punitive, even with its option to seek treatment, will drive away women in need of help and may even encourage more abortions.

Jessica Young, an obstetrician at Vanderbilt University Medical Center who specializes in drug treatment during pregnancy, says lawmakers don’t fully understand that addiction can be a sickness.

She makes an excellent point: “Being a poorly controlled diabetic is terrible for pregnancy — probably equally as bad as drug addiction — and we don’t legislate those choices,” says Young. “I just think this is an easy group to pick on because addiction has such a stigma.”