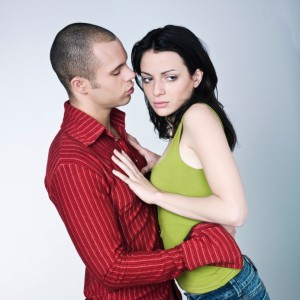 Shortage of research and information about female hypersexuality branches from the double standard that men always want sex and women never do. Some women as an alternative refer to their condition as “love addiction” or “relationship addiction.” “Hypersexual Disorder” came close to being added to the DSM-V, the controversial fifth edition of the standard psychiatric diagnostic manual, released earlier this year. That is the official term for what’s sometimes referred to as “sex addiction.”

Hypersexuality or Sex addiction is typically portrayed in men. Fictional sex addiction TV characters on shows and movies are usually men. So it isn’t shocking that there isn’t much talk about women and sex addiction. One of the only studies focusing just on female sex addicts was published last year, and it has some unexpected findings: For one, exposure to pornography as a child was a stronger predictor of hypersexual behavior than sexual abuse as a child. Prior to that, the one study that did include women (from 2003, which compared rates of sex addiction among males and females on a college campus) actually found that nearly twice as many women as men fell into the “needing further evaluation” and “at-risk” categories. But you won’t have any difficulty finding research on female “low sex drive,” which is neatly constant with societal norms about sex: that men want it all the time and women never do.

Seeing as most studies on sex addiction have been done on men, the female sex addicts have been pretty much ignored. Linda Hudson, who is a licensed professional counselor and the former president of the Society for the Advancement of Sexual Health, stated “I know it is hard to believe that there hasn’t been much research on this, but we only very recently developed the standard of care for female sex addicts, even though we have been treating them for more than 20 years.”

I think the reason that women are so ashamed to admit to having a sex addiction has a lot to do with society now-a-days. If a man has a lot of sex he is a player or pimp, all these good things are to be said about him! Now if a woman is addicted to sex she is considered a whore or slut. Instead, women just say they are addicted to love or relationships.

Just like drug addicts, sex addicts are not just addicted to the act of sex itself but everything that comes along with it such as the planning, fantasizing, anticipation, and even the humiliation and guilt. Honestly, it is exactly like any other addiction. There are anonymous meetings for this addiction called Sex and Love Addicts Anonymous or SLAA and like any other addiction you have to do certain things for your recovery. Just because the addiction is a little bit different, the solution is still to seek help and therapy, go to 12-step meetings, get a sponsor, work the steps and continue to help others and work a solid program. The only difference between sex addiction and drug addiction is that sex addicts can still have sex, depending on their condition; they just have to stay abstinent from problematic behaviors or the bottom-line sexual behaviors. In my opinion, I think it’s admirable to be in recovery and not act out on your addiction when it’s something such as having sex, which you are able to continue doing. I don’t think I could ever drink normally or do drugs socially and not cross that line. Well, actually I know for a fact that I couldn’t because I have tried. If you or a loved one is struggling with substance abuse or sex addiction, please call toll free 1-888-672-4435.