The Functional Addict: Is it possible? 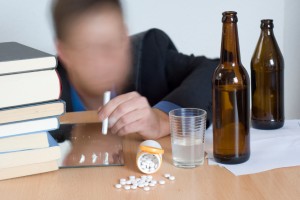 Depending on how you mean “functional,” it is, in my opinion possible to be a functional addict. That is, because that’s how I describe the active addict version of me.

Let’s rewind to a little more than a year ago. I was a poly-substance abuser, being hooked on several different drugs: opiates, cocaine, crack, benzos, and barbiturates. And I had a stable living situation – albeit I was a grown woman living with my mother; my own car and a steady job – in a bank, of all places. Oh, I was also in a steady somewhat long-term relationship with a divorced man with joint custody of his 2 kids. Not really the picture of an IV user, is it?

So, to the outside world, I looked pretty normal, minus the rapid weight loss (“I’m just under a lot of stress right now”). Inside, though, I was anything but “functional.” In fact, I was falling apart. I was teetering on the verge of complete despair, even considering suicide. Financially speaking I was struggling, at best. I was turning to desperate measures in order to finance my ever-growing habit.

Living with a functional addiction is just as deadly as living with an addiction that cripples every aspect of life. Overdose is still a risk, as are chronic health problems. Problems at home due to mood swings and other trust-breaking behaviors can still change the quality of life for the addict. And this is exactly what I was experiencing. My relationships with my mom and boyfriend were deteriorating due to my fluctuating, unpredictable mood swings and overall darkening mood. At work, I was struggling to get along with my coworkers and boss; I was so emotionally fragile that I took everything like a personal affront and couldn’t seem to deal with things rationally. Everything was an excuse to go get high – and not just after work; I’d run home on my lunch breaks to get high, or even use in the bathroom while at work.

I would say being a functional addict is possible but, in my case, it was only a matter of time until my whole world came crashing down around me. On a couple of occasions, I ended up in the hospital due to the near-deadly drug cocktail I had taken. I never went to jail, though. I definitely was up to stuff that would have guaranteed me a spot in county and even prison – I was just really, really lucky. I can’t say that enough.

Being a functional addict is an insidious thing. I didn’t know I was in over my head. My denial was a force to be reckoned with. If challenged about my drug use, I would laugh it off or get really pissed off. I would look at all of my “accomplishments” and convince myself that what I was doing was within normal limits; reasonable.

And I use the term “functional addict” loosely because, yes, I was functioning as in showering daily and even holding down a job. But, it was barely an existence. More like a struggle just to keep my head above water. Truly, it felt like I was drowning in all the sh*t I had allowed into my life.